10 Movies and Documentaries With an Inclusion Message 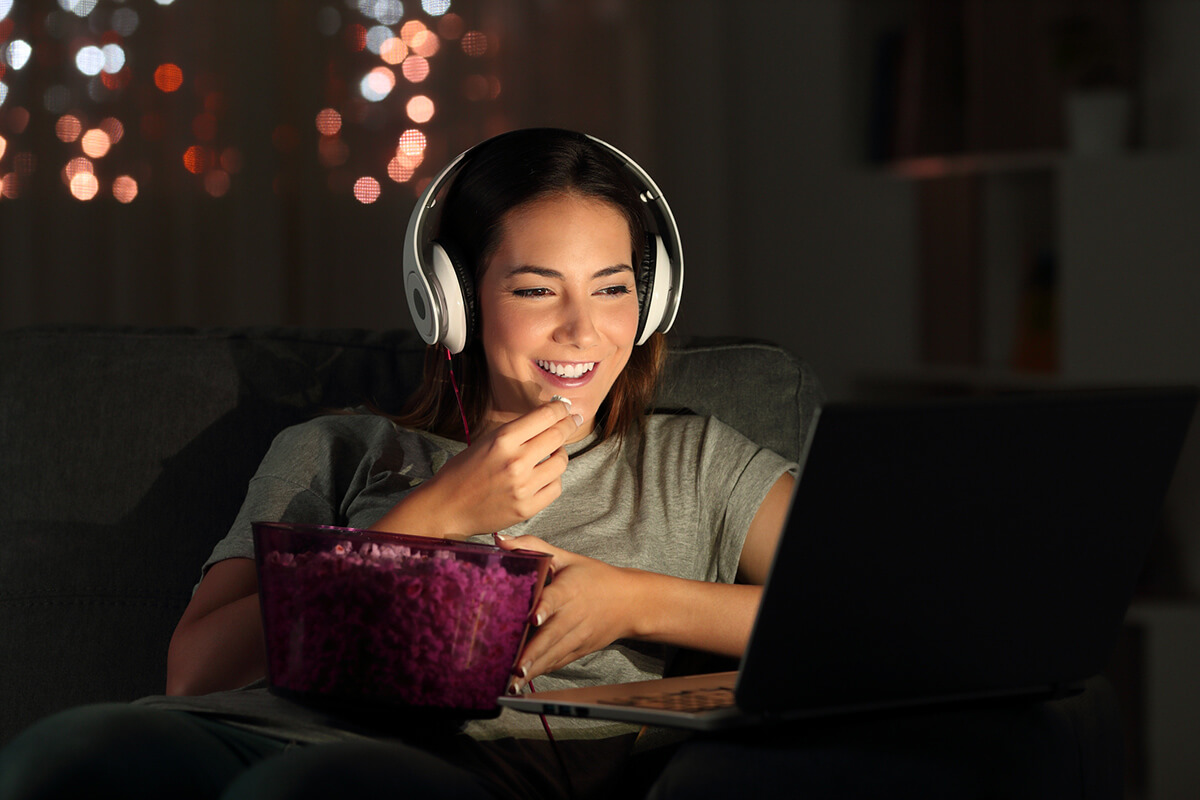 By Trang Luu and Tamara Prabhakar, Summer Associates (Editorial) at the Lien Centre for Social Innovation

Social inclusion ideally involves a multi-targeted approach that addresses a medley of contextual factors including cultural customs and access to resources to ascertain a degree of assimilation. Fostering collaboration between different social identities has the power to catalyse social mobility for marginalised communities through increased participation and access to societal opportunities generally barred by conventional norms.

To this end, films have the special ability to draw focus to specific circumstances by capturing the engaging stories and experiences of unique characters to offer multitudes of perspective. The following 10 films highlight stories of and by trailblazing outsiders who endeavour to expose and overcome the challenging barriers of unfamiliar yet desired social worlds, and pave the way for greater social inclusion. 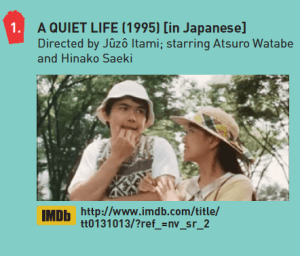 Based on the novel of the same name by Japanese Nobel laureate Kenzaburō Ōe, A Quiet Life follows the quotidian life of Ma-chan, who takes on the responsibility of caring for her mentally disabled yet musically gifted brother Eeyore due to their parents’ absence. As Ma-chan dutifully assumes the role of a caregiver and navigates the unusual family dynamic, she begins to realise Eeyore’s unforeseen capacities for empathy and courage. Presenting Ma-chan’s selfless love and Eeyore’s disability in an incredibly intimate light, the movie disrupts the notion of enforced normalcy, celebrating instead the beauty of the siblings’ idiosyncratic humanity. 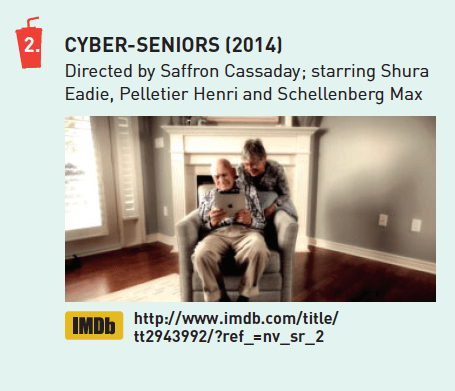 Saffron Cassaday’s heartwarming documentary tells the story of the international digital literacy campaign, Cyber Seniors, where senior citizens learn to improve their technology skills and navigate cyberspace under the guidance of teenage volunteers. The success of 89-year-old Shura’s viral cooking tutorial sparks lively competition among the seniors for the most views on YouTube, humorously presenting the reality of growing old in the digital age and the campaign’s efforts to foster intergenerational bonds. Benefits of digital connectivity are seen to empower the elderly folk in this documentary, making them realise the joys of becoming more involved in their larger community. 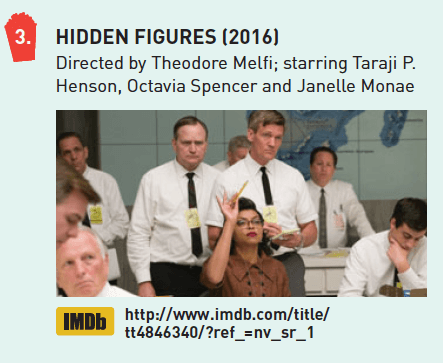 Hidden Figures takes us back to the dawn of the Space Age (the early 1960s), when African American mathematicians Katherine Johnson, Dorothy Vaughan and Mary Jackson pioneered computer programmes and trajectories for NASA’s space launches. Undeterred by their minority status as females in a “Science Technology Engineering Mathematics” (STEM) field, as well as being African Americans, these ladies exceed social standards and become notably visible through their invaluable contributions to space engineering. 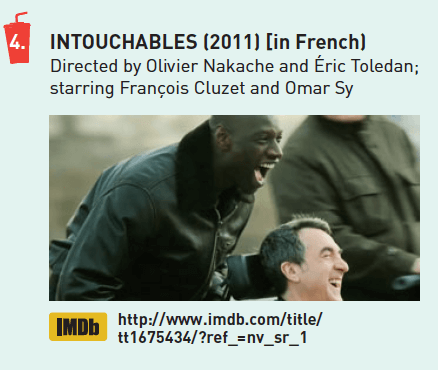 Quadriplegic millionaire Philippe enlists the help of an unlikely caregiver—a struggling immigrant and ex-convict named Driss. Their deepening friendship transcends socio-economic and racial boundaries to become a powerful source of strength and mutual enrichment. A critically acclaimed French comedy-drama, Intouchables paints an uplifting portrait of human vulnerability and empathy as the two main characters—rendered “untouchable” pariahs because of their personal disadvantages—inspire each other to live life to the fullest. Rather than evoking pity, Intouchables instead approaches the issues routinely facing the marginalised members of modern France with a genuine sense of optimism, appreciation and respect. 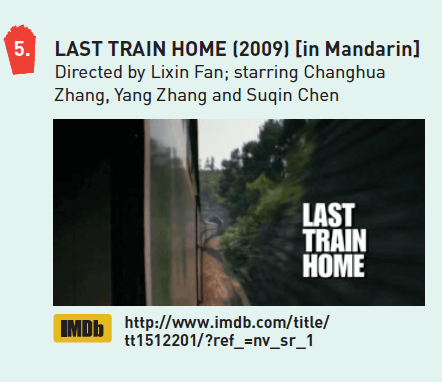 Every year, Changhua Zhang and his wife Suqin Chen join China’s 130 million migrant workers who travel back to their hometowns for the Spring Festival. The Zhangs toil tirelessly in the metropolis of Guangzhou to support their children back in rural Sichuan on the pittance they earn as factory workers. However, family rifts begin to appear as their daughter decides to leave school to seek unskilled work. Last Train Home is a documentary that poignantly chronicles the unseen sacrifice and endless struggles of China’s rural poor and migrant workers—lost in the uncertainty between the past and present, and forgotten in the whirlwind of modernity. 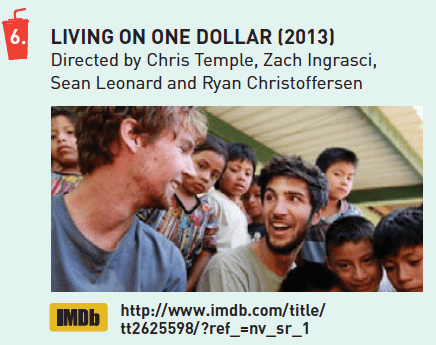 In this self-directed production, four filmmakers venture to rural Guatemala for two months to endure the harsh lifestyles of locals while only spending a dollar a day. Living on One Dollar is the pilot documentary of Living on One, a film production company specialising in capturing the realities of impoverished communities and connecting people to causes through awareness and fundraising campaigns. This eye-opening exposé has since garnered several accolades and a following of avid supporters who share a common desire to make a positive difference in the lives of underprivileged groups. 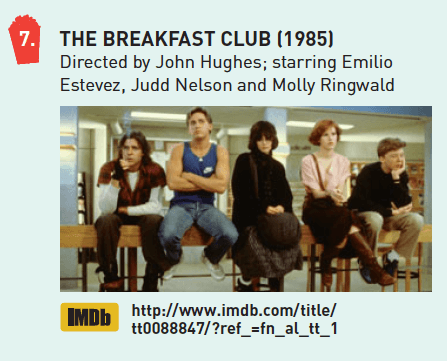 In this coming-of-age comedy-drama, a diverse gang of high-school students—each belonging to a different clique—wind up in weekend detention together, eventually discovering that they are more than their respective stereotypes, and that they have more in common with one another than they knew. Known as the “quintessential 80s film” and considered one of the best of its decade, The Breakfast Club explores the pressures teenagers face from trying to fit into typical high-school social constructs, as well as from the weight of their parents’, teachers’ and society’s expectations of them. 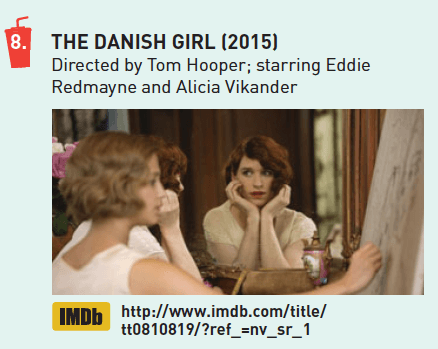 The Danish Girl is a romantic drama film adapted from a novel of the same name by David Ebershoff, and loosely based on the real lives of Danish painters Lili Elbe and Gerda Wegener. Set in the 1920s, the movie portrays the touching journey of landscape artist Einar Wegener’s transition into alluring model Lili Elbe, culminating into one of the earliest cases of experimental sex reassignment surgery. Navigating the complexities of her longstanding relationships, Lili delicately yet passionately establishes her internal impressions and desired public deposition, ultimately pushing her body to great lengths to acquire self and social acceptance. 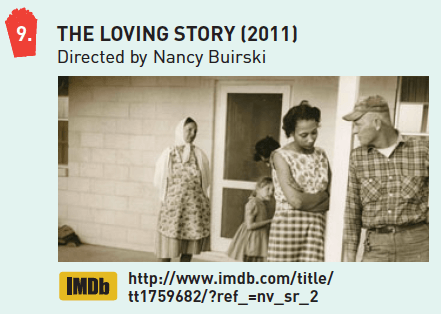 The Loving Story is an HBO documentary that explores the nature of anti-miscegenation laws in the United States during the Civil Rights era through the story of Richard and Mildred Loving. An interracial couple, they are arrested for living together in Virginia and subsequently partner with two young lawyers, Bernard Cohen and Philip Hirschkop from the American Civil Liberties Union, to try their case against popular racial purity arguments and beliefs. After years of fighting, Loving v. Virginia makes it to the Supreme Court, which rules on 12 June 1967 to establish new policy precedents regarding marriage. 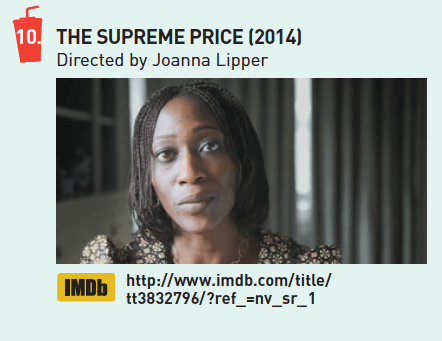 The Supreme Price traces the remarkable story of Nigerian civil rights and political activist Hafsat Abiola. Following the annulled victory of her father—President-elect Moshood Abiola—and the assassination of her mother—pro-democracy champion Kudirat Abiola—she enters the political arena with a determination to dismantle the corrupt governance structure and empower marginalised communities, including women and the poor. The documentary offers a sobering look at Hafsat’s struggle against multiple layers of oppressive forces in pursuit of her aspirations as a woman, as well as the military dictatorship that threatens the incipient democratic process of Nigeria.

This article was originally published on the Social Space Magazine

Originally from Vietnam, Trang Luu was a Summer Associate (Editorial) at the Lien Centre for Social Innovation. She is a junior at the University of Pennsylvania, where she majors in English with a concentration in Literary Theory and Cultural Studies. As a former research assistant at Write4Change—an educational project with a focus on socially conscious writing—she studied communication practices among adolescents in global writing communities. Trang’s summer stint at the Lien Centre married her interests in editing and publishing to her belief in the potential of the humanities as a catalyst for impact. She can be reached at trangluu@sas.upenn.edu

Hailing from Texas, USA, Tamara Prabhakar is a rising junior at the University of Pennsylvania, with a major in Science, Technology, and Society, and double minors in Consumer Psychology and Fine Arts. Eager to gain exposure to social issues in Southeast Asia and to participate in a variety of socially oriented projects both inside and outside the classroom, Tamara joined the Lien Centre for Social Innovation as a Summer Associate (Editorial). She is also is a lead editor of IMPACT, a UPenn-based magazine with a mission to promote community involvement and effect social change on multiple scales. Tamara hopes to capitalise on the power of technology to drive and reinvent social impact in the future. She can be reached at tpra@sas.upenn.edu

Automation Is Threatening Singapore Finance Jobs. Here’s How to Fight Back
My Bank Promoted Me Within Months of Getting My MBA. Here’s What Happened