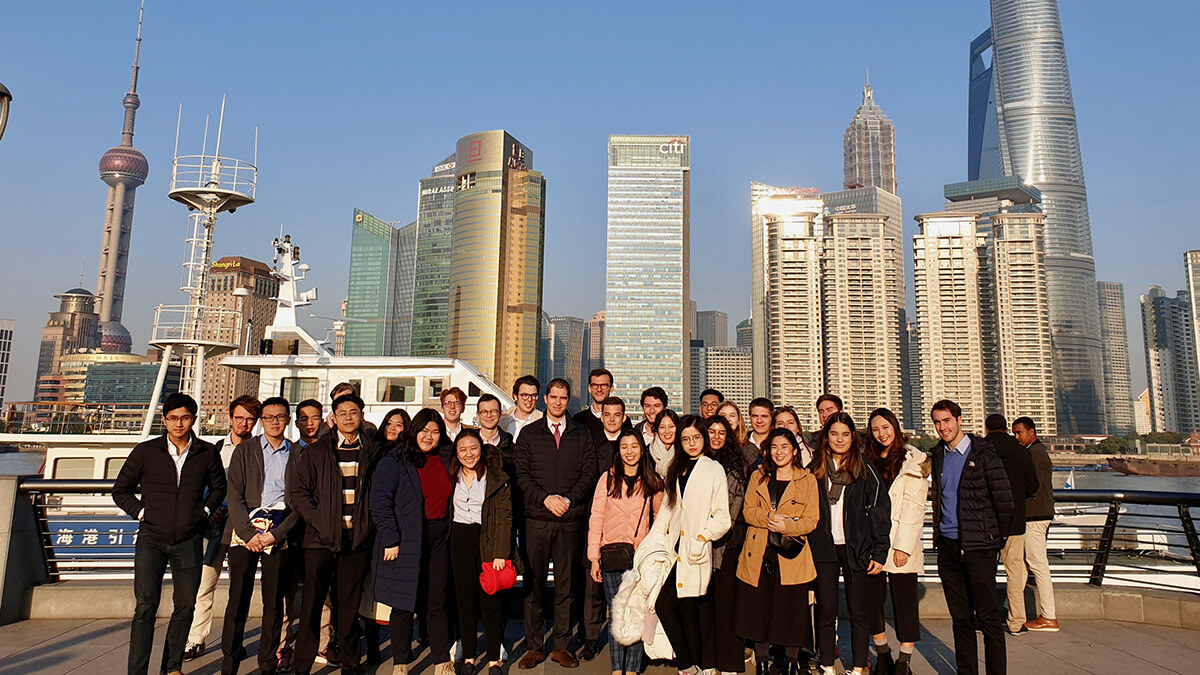 In December 2019, under the cloud of a Sino-American Trade War, a multinational mix of students from SMU and the University of St. Gallen in Switzerland went on a 6-day Business Study Mission (BSM) to China, taught and organised by Dr Mato Njavro.

On this trip, we visited the beautiful and bustling financial capital of Shanghai, as well as the culturally rich Hangzhou to see its emerging start-up ecosystem. Along the way, we got the chance to meet with representatives from world-class corporations such as Alibaba, SenseTime, Pinduoduo, Wyeth Nutrition (a Nestle company) and Shanghai Disneyland Resort. Apart from the more established firms we also met with both local and foreign entrepreneurs of startups such as Kehu and REMAKEHUB, which are focused in developing innovative consumer and enterprise solutions—each hoping to be the next big unicorn of China. 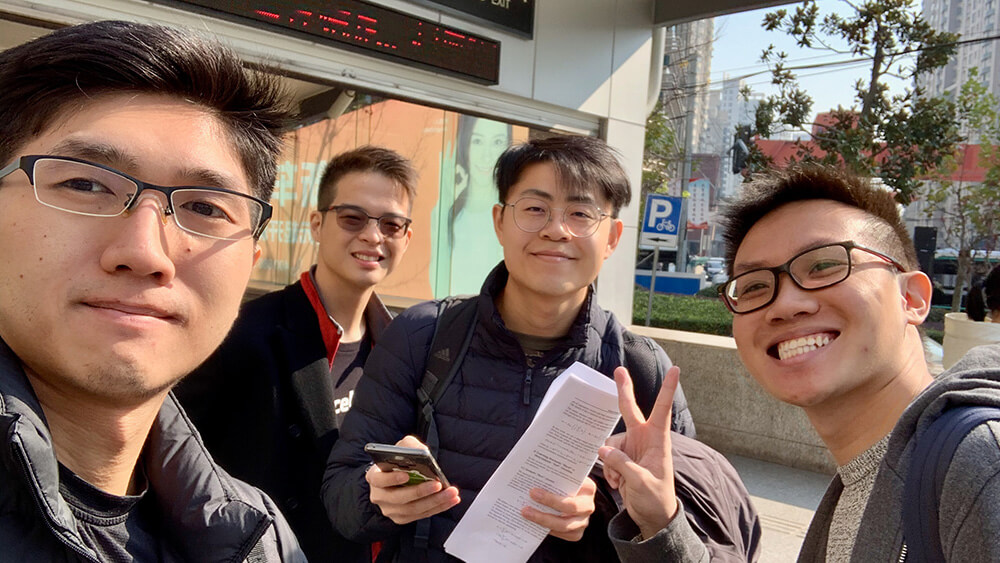 In the cool air of an unusually late autumn, our first visit took us to a WeWork workspace along the commercial West Nanjing Road to visit the ‘Princess of Trash’ Ms Sissi Chao at REMAKEHUB—a social enterprise startup that provides circular solutions for waste pollution in the fashion industry.

Across the next two days, we visited the infant and maternal nutrition business, Wyeth Nutrition by Nestle; and social e-commerce newcomer Pinduoduo, where we learnt about the challenges and opportunities related to the evolving Chinese consumer market. We also paid a quick visit to the foreigner-founded CRM (customer relationship management) startup, 客湖 Kehu, to hear about what it takes to run a lean SaaS (software as a service) startup in China as an expat. 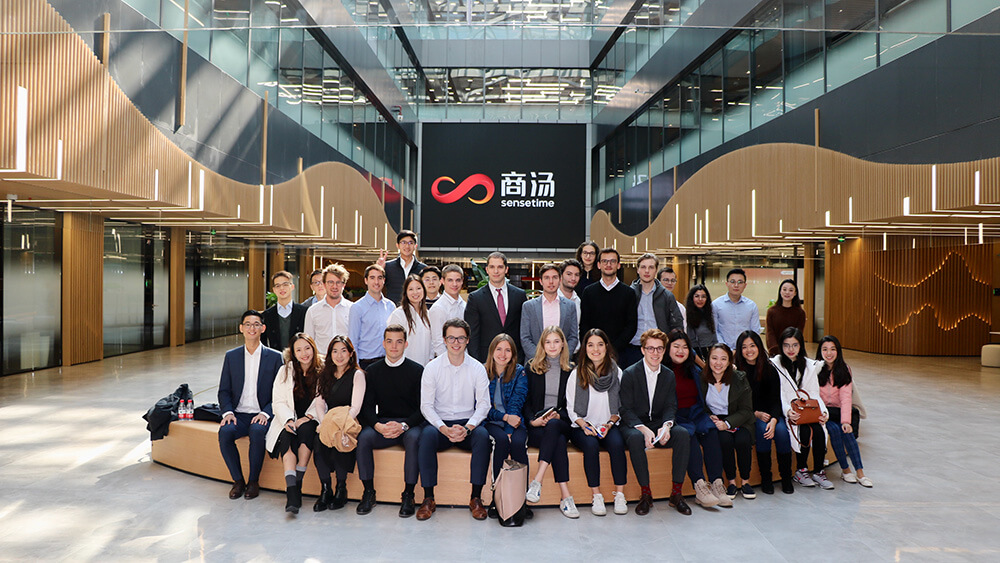 At the artificial intelligence (AI) SaaS company, SenseTime, our hosts also wowed us with their latest innovations in computer vision technology and shared with us the business impacts of the US-China Trade War, as well as the ramifications of their recent blacklisting by the US government. One of our guests on the trip, Professor Dr Zheng Han, put it best, describing that while China possesses the hard power, it lacks in the soft power required to build the trust necessary to facilitate the free flow of talent and ideas between east and west.

As day turned to night, the city of Shanghai transformed right before of our eyes. Viewed from the observation deck of the Shanghai Tower, we saw the grey city haze and brown buildings fade into the darkness, giving way to a brilliant spectacle of lights as the city seemed to pulse to a new rhythm. Down at the street level, locals and expats alike bustled between the pockets of vibrant nightlife around the city. 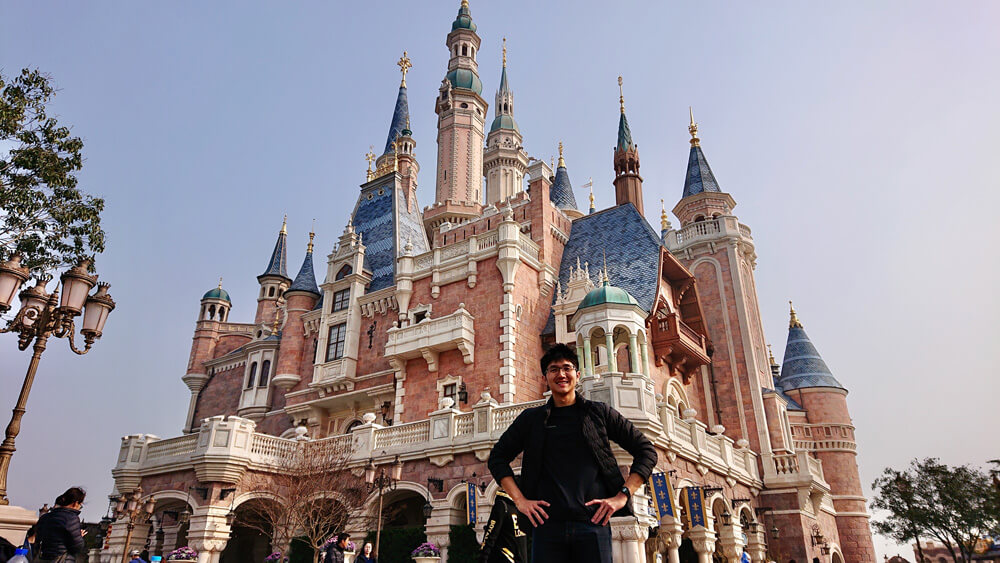 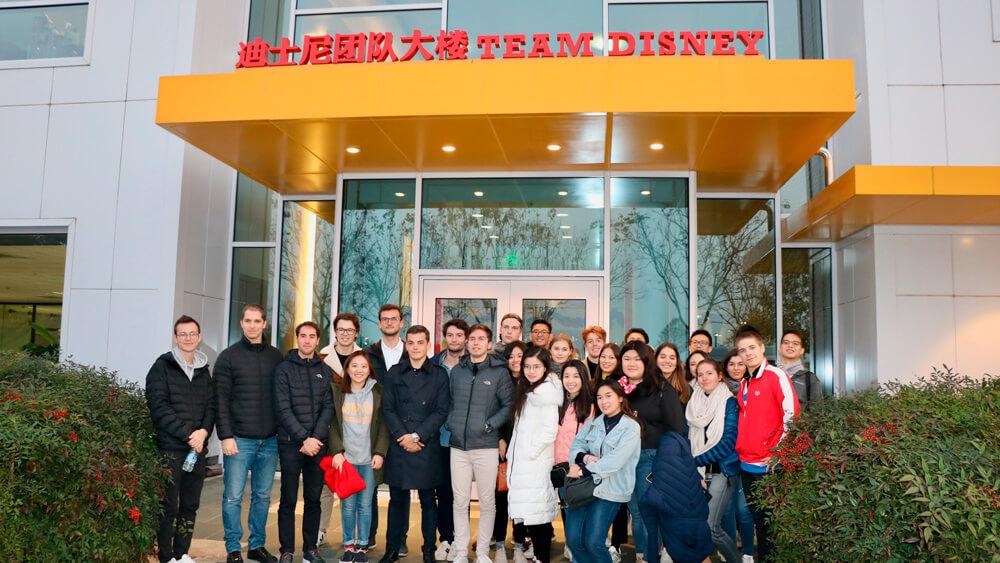 Visiting behind-the-scenes of the Disney offices

The next day we packed our bags and headed for a much-anticipated segment of the trip—Shanghai Disneyland. Just three years since its grand opening, and this newest park in Disney’s empire is already the eighth most visited amusement park in the world, with over 10 million visitors a year. After a brief introduction and photo session, we were given the afternoon to explore freely, racing TRON lightcycles at Tomorrowland and taking a thematic 4D boat ride through the Battle of the Sunken Treasure at Treasure Cove, among other rides and shows.

As the sun set and the rides started to close, we regrouped and were led discreetly through a hidden passageway out of the theme park. Out of the hubbub of the busy park, it took us a moment to adjust to the contrasting silence, before being led on a tour through the neighbouring Disney offices for a rare glimpse behind the scenes of the magic that goes into making the iconic theme park Authentically Disney, Distinctively Chinese. 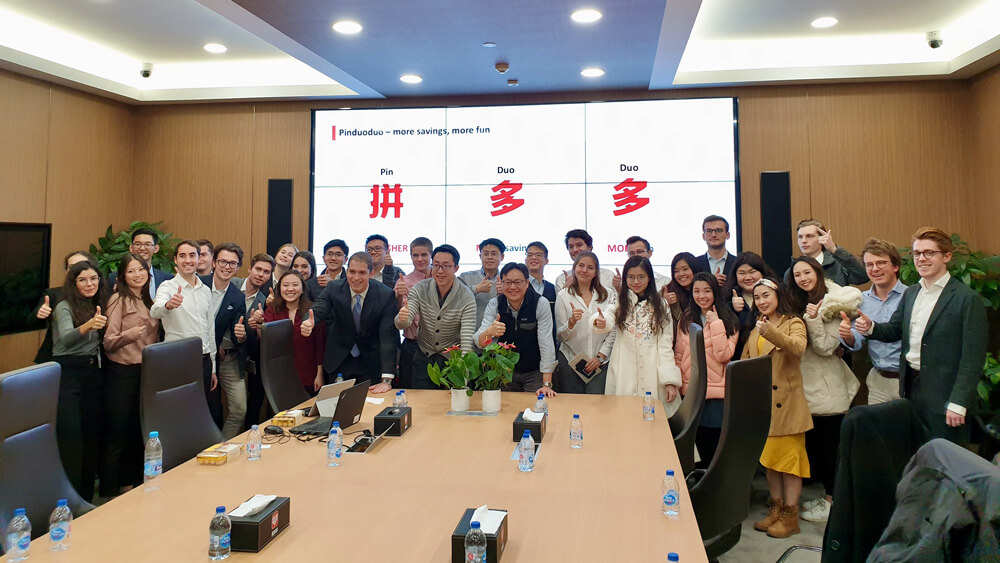 Hangzhou, the Birthplace of Alibaba

From there, a three-hour bus ride along a highway flanked by logistics cargo trucks and the occasional green-plated electric vehicle took us into Hangzhou. The horizon greeted us with construction cranes hanging above most of the city, and there was certainly a sense that it is very much a work in progress, with empty office blocks and fabric-wrapped skeletal rebar frames reflecting the raw potential and infinite possibility of the city.

Birthplace of Chinese tech giant Alibaba, Hangzhou has gradually grown from dreamy cultural heritage site into an ever-expanding startup ecosystem consisting of 30 unicorns, more than 172 publicly listed companies, over 100,000 different funds for startups, as well as grants being funded by the government through their notable ‘115 Plan’ and ‘50/50 Plan’ policies, among others.

Our hosts at the Xiaoshan Hipark Town brought us to advanced AI startup iFlytek, MedTech startup WeDoctor as well as multiple tech incubators situated in the park. Unforgettable also was our visit to the almost monolithic Alibaba—both in physical size and reputation—where we got to learn more about Alibaba Cloud and the future of China’s tech ecosystem. Within the massive Alibaba campus, the cream of the crop of China’s education system walked briskly about the offices, each of them eager and excited to be a part of China’s technological future.

What we noticed in common among the leading tech companies and the people in Hangzhou, was the sense of fixation not only to not miss the fourth industrial revolution, but also to make sure that China is leading it. And yet, amidst the exciting backdrop of rapid industrialisation and innovation, our short visit to see the serene beauty of Hangzhou’s dreamlike West Lake still manages to stands out as a truly remarkable and somehow deeply spiritual memory in my mind. 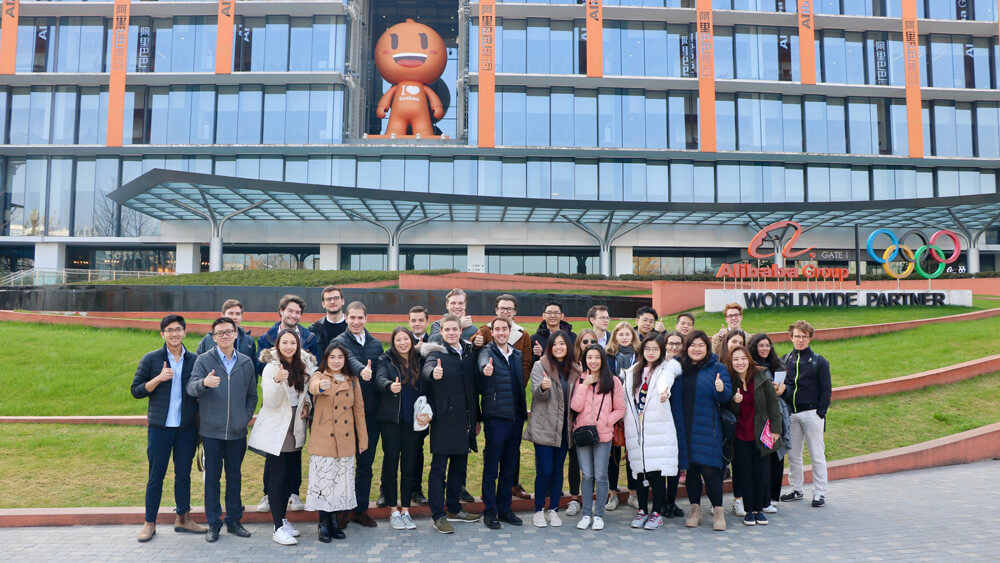 Outside the Alibaba headquarter in Hangzhou

“It’s not the big that eat the small, it’s the fast that eat the slow,” Lucas Rondez, nihub founder and CEO, emphasised. This idea—originally captured by authors Jason Jennings and Lawrence Haughton—was a running theme throughout the companies, both large and small, that we visited throughout the trip. While having a massive and unified market of 1.4 billion people has played a part in the economic and technological resurgence of China, it has been the sheer tenacity and determination of the Chinese people to constantly adapt, innovate and improve upon existing solutions that have been significant driving forces behind this global megatrend of China’s catch-up.

Our BSM through China was a truly memorable experiential learning journey where we were fortunate to be able to learn from industry leaders and pioneering entrepreneurs in the country. Through these interactions, we saw the need for uniquely Chinese approaches to B2C and B2B business models, as well as how the Chinese government’s experimental approach to public policy affects these businesses. Overall, the cross-culture exchange with the students from the University of St. Gallen further enhanced the trip both intellectually and culturally, and I would thoroughly recommend this BSM to anyone.

Keen to go places with SMU? Learn more about the global exposure opportunities in our undergraduate programme today.