To Learn and Unlearn: In Conversation with DBS’s Tan Su Shan 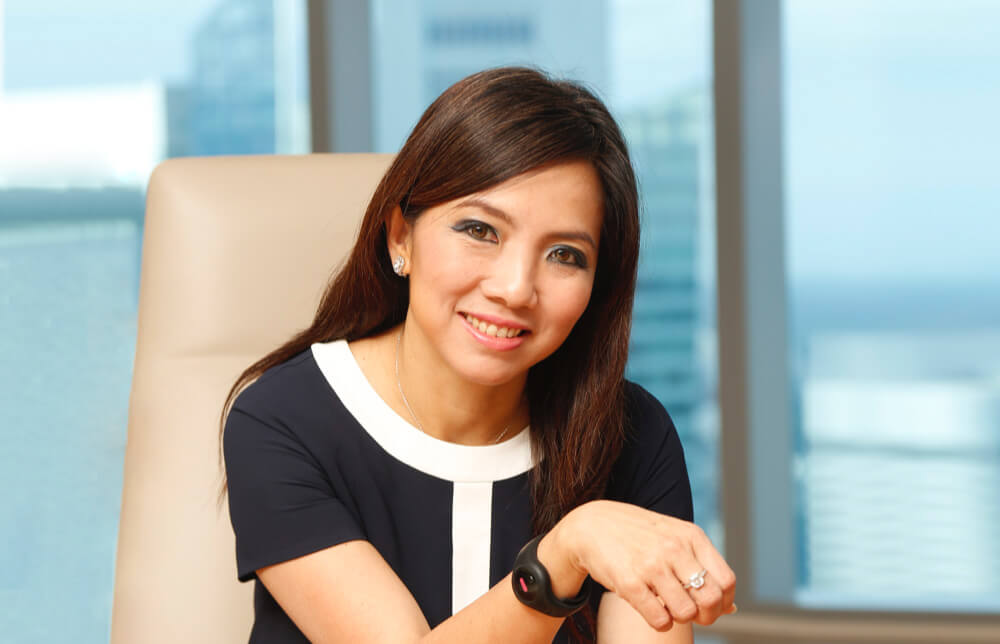 By The Mentoring Circle

Tan Su Shan is Group Head of Institutional Banking at DBS and she also serves as a member of the Board of Trustees at Singapore Management University.

The Asset named Su Shan as one of six women in Asia likely to influence and feature prominently in shaping the banking and associated financial services industry in Asia in 2019. In 2018, she was nominated by Forbes Magazine as a “Top 25 emergent Asian Woman Business leader”. In the same year, she was also named “Retail Banker of the Year” by the Digital Banker in their inaugural Global Retail Banking Innovation Awards.

Married with two children, Su Shan is actively involved in fund-raising efforts for various Singaporean charities and sits on the board of Singapore’s KK Hospital Health Endowment Fund, which provides financial support to needy patients.

Su Shan graduated with a Master of Arts from Oxford University in the United Kingdom, where she studied Politics, Philosophy and Economics. She has also completed executive leadership courses in Harvard Business School, Stanford Business School and Singularity University.

What was your time at Oxford like? And how did you make the most out of it?

Su Shan: Honestly, I probably had too much fun to begin with! One of the first things I did with some of my female friends was to set up a women-only club as there were so many male-only societies at Oxford during my time there that I felt we had to counter that! The club was called The Black Jade and till today, our members stay in touch and we meet up whenever we can. I also tried a lot of new things while at Oxford, from rowing to skiing to debating. Work-wise, I was constantly challenged by my professors and my peers, and I benefitted from this active debate with them. I quickly learnt to see views from different perspectives as well as to argue logically from both sides.

I encourage students to challenge theories and put forward their opinions boldly. And never be afraid to ask questions. A common hindrance to progress is the fear of appearing stupid.

Coming from a PPE background, how did you eventually find your calling in Banking?

Su Shan: In my second year at Oxford University, I did a summer internship in London with Rothschild Asset Management and visited the dealing room at Barings Securities. I was 19 years old and fell in love with the whole dealing room environment immediately. I knew that the trading room was where I belonged and where I wanted to work.

I was lucky that Baring Securities in London then advertised that they were looking for a Japanese and Mandarin speaker to work on their Asian derivatives desk. I had learnt Japanese during my ‘O’-levels so I interviewed and got the job! But I had to start from the backroom and work my way up from the bottom. They sent me to work in Tokyo and Hong Kong after London so the exposure to different countries, markets, cultures and products was a real eye-opener. I would encourage young people to get some overseas work experience as this enhances one’s development and appreciation for what Singapore has achieved!

I then joined Morgan Stanley where I worked for the next nine years. This was where I broadened my knowledge across new products and new markets beyond Asia. I really started my management role only after I moved to Citi Private Bank as the region head for Singapore, Malaysia and Brunei. My four years at Citi taught me how to manage teams of people and opened my eyes to the world of commercial banking. I joined DBS in July 2010, where I became Head of its Consumer Banking and Wealth Management business. I am now Head of the Institutional Banking Group and am still learning new things every day even after almost three decades in the business! There is never a dull moment.

How do you deal with pressure, setbacks and failure?

Su Shan: I think it is important to separate the failure or setback from your identity. If something has not worked out the way you had planned, do not take it personally, do not dwell on it. Instead, look for the learning behind it, adapt and change. Sometimes, the real failure is when we overvalue other people’s opinion of the failure.

Has mentorship played any role in your career path, life journey or successes?

Su Shan: I am a firm believer in mentorship. You can learn from anyone and it is not age dependent but more attitude dependent, to have the humility to learn and unlearn. I have had the pleasure of what I term reverse mentorship. Young people in their 20’s have taught me a lot about their world – from coding to social media patterns! In short, surround yourself with people who are smarter and better than you are.

Who are your role models and why?

Su Shan: My mum. For her, it was never an issue of choice between children and work. She just focused on both and did her best at work and at home so that was how my sister and I were brought up. It never crossed our minds not to have a career. It was normal because we grew up in that environment. My mum has made many sacrifices for the family, which is really tough to do. She runs my house and without her, I cannot survive. She is the boss of my support network.

I also have tremendous respect for the late Margaret Thatcher. I think she was so single-minded in pursuing what she thought was right. She became deeply unpopular during England’s conservative years but she did not care one bit about popularity. She cared only about doing the right thing.

Lee Kuan Yew was the same. He did not care about being popular but about doing the right thing always. It is all about doing what is right for the country, for the people, your clients or whatever your cause is. I aspire to be like that.

What do you think will be the biggest challenge for the next generation of women leaders, and how should they overcome them?

Su Shan: Gender inequality seems to be narrowing but studies still reveal that there seems to be a glass ceiling for women despite 73 per cent of global firms allegedly having equal opportunity policies in place. Traditionally, women still bear the main caregiving responsibilities of the family. As such, relaunching a career after taking an extended break to nurture a family can pose as a challenge.

I am proud to say that at DBS, women account for 40 per cent of our senior management (senior vice presidents to managing directors). About one-third of our Group Management Committee are women.

We have a slew of policies that provide flexibility to women, allowing them to go off-ramp and on-ramp, especially through their child-bearing years. This includes flexible time, part-time, work-from-home and sabbatical leave arrangements. We seek to make it easy for our women colleagues to come back to a comparable job even after taking time out from their careers.

DBS Bank has made it to the Bloomberg Gender-Equality Index (GEI) for the second year running, featuring among 230 companies from 10 sectors headquartered across 36 countries and regions worldwide. The sector-neutral index, which is based on a self-disclosure survey on gender equality performance, measures gender equality across internal company statistics, employee policies, external community engagement as well as gender-conscious products and services.

What do you personally foresee as the greatest challenge in the Banking industry within the next decade?

Su Shan: The challenges can be opportunities. I see several on the horizon. One is the speed of growth of technology and disruption to businesses. Another is the intergenerational transfer and change happening. A third is the rise of nationalism and trade wars.

Technology is growing at an exponential rate. Businesses need to either invest in being future-ready or partner up with the right digital partners. Some will do this organically, others will invest in startups to fast track their learning. The implication of exponential growth in technology is also one of dropping marginal cost and dynamic pricing of Supply. Traditional economic theory talks about static demand and supply curves. Now the supply of everything is being priced dynamically. This Uberization means the birth of a sharing economy across all industries, which must necessitate a change in how we and our clients price our goods and services. Therefore, banks need to adapt to this fast-changing environment in order to compete and survive. Digitalisation at scale and speed is now a necessity.

Second is the issue of intergenerational change. Asia is undergoing the biggest intergenerational transfer of wealth and businesses. In some cases, the next generation may not be as driven to continue to run and operate the businesses founded by their parents, especially if they are in the heavy industrial or manufacturing sectors. We will see more private equity (PE) funds looking to acquire earnings positive companies. There will also be consolidation in the manufacturing industry where companies merge to create scale and cost efficiencies, driving more activity in mergers and acquisitions. Banks need to adjust to these new ownership structures and work through new strategic goals of their customers.

The trade war and rise of nationalism have been both a challenge for us as well as an opportunity for new markets. With Brexit looking uncertain and China/US trade tensions, we are seeing a lot more ASEAN connectivity happening. European and UK businesses are looking at Asia and China is looking to ASEAN to diversify their growth. Fast-growing companies now want to invest in South or Southeast Asia to increase their customer base and also participate in the high growth and young demographic make-up of ASEAN countries.

The best advice for undergraduates today?

Su Shan: It is important to have good communication skills. A lot of our young people have the technical skills set but they do not do so well in communication. Being able to combine both is crucial because a lot about leadership and work today is about being able to communicate well and succinctly, being able to get the person who is listening to you to understand exactly what you mean and where you are headed.

Having said that, it is also important to know what you want but know that the endpoint is not the goal. The journey and evolution are what you should enjoy. Along the way, collect memories and friendships. Gather and groom talent. There is a lot of satisfaction in that.

This article was originally published on The Mentoring Circle and republished with permission. 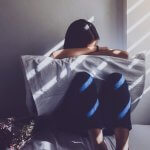 Beat the Stress—Before It Gets the Best of You 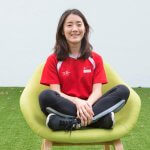 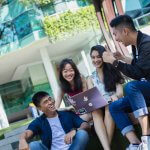