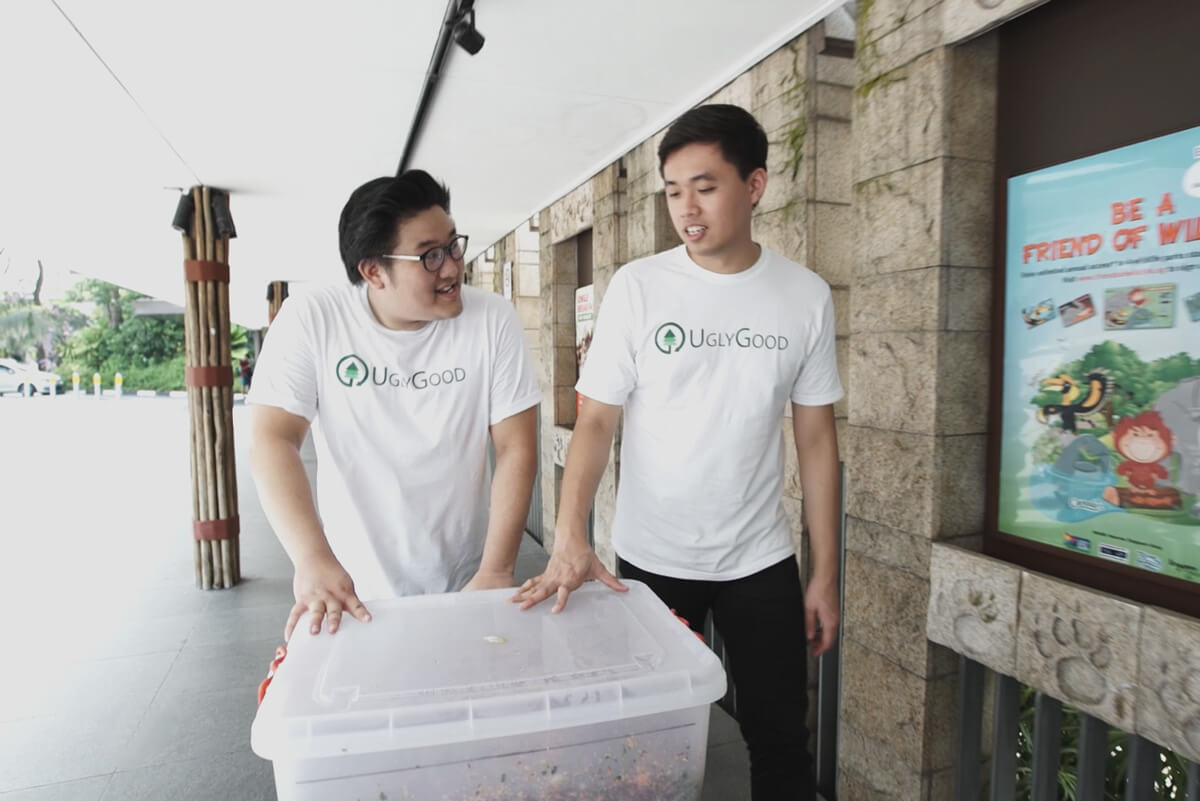 Singapore may be a small country, but did you know that we generate over 800,000 tonnes of food waste every year? That’s almost the weight of the Golden Gate Bridge in San Francisco—a sobering statistic that Singapore Management University (SMU) alumni Jeremy Lee, 27, and Clewyn Puah, 26, also saw as a business opportunity.

After all, one man’s trash can be another man’s treasure; or, in this case, food waste can become “a resource and commodity that can be harvested”, as Jeremy puts it. During their third year at SMU, the pair founded UglyGood, a cleantech startup that addresses the increasingly perilous issues of climate change and food wastage. Its goal: to help Singapore become more resource efficient. 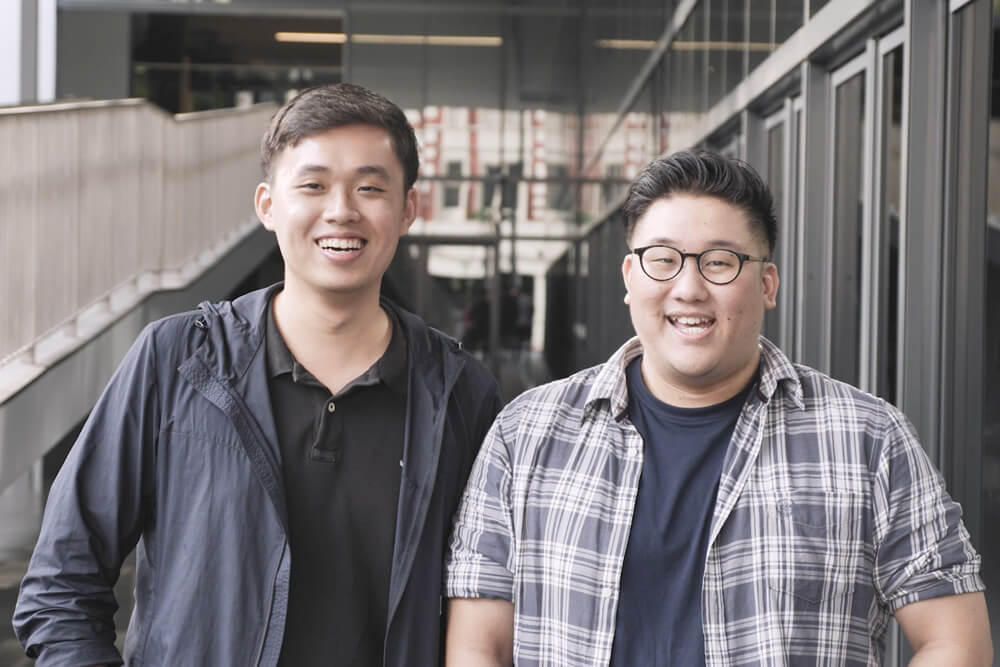 Since its launch in 2017, UglyGood has diverted over 40,000 kilograms of fruit waste away from landfills, by leveraging on green bioprocessing technologies to convert fruit waste (fruit pulp and peel by-products) into essential oils, natural cleaning agents and animal feed.

At the moment, this fruit waste comes from local centralised juice kitchens and large fruit juice manufacturers such as Sunfresh, iJooz, and Australian Fruit Juices, who have been very supportive of UglyGood’s methods. As Jeremy explains: “It has been easy to onboard F&B manufacturers, as we provide a free alternative to getting rid of their waste streams, with the added benefit of a complimentary Corporate Social Responsibility (CSR) initiative.”

In fact, UglyGood has also attracted other local food manufacturers who are keen to contribute their by-product waste such as spent coffee grounds, sugarcane bagasses and spent brewery grains, he adds. But for now, the company is focusing on mainly citrus fruits like oranges, lemon, lime and grapefruit. 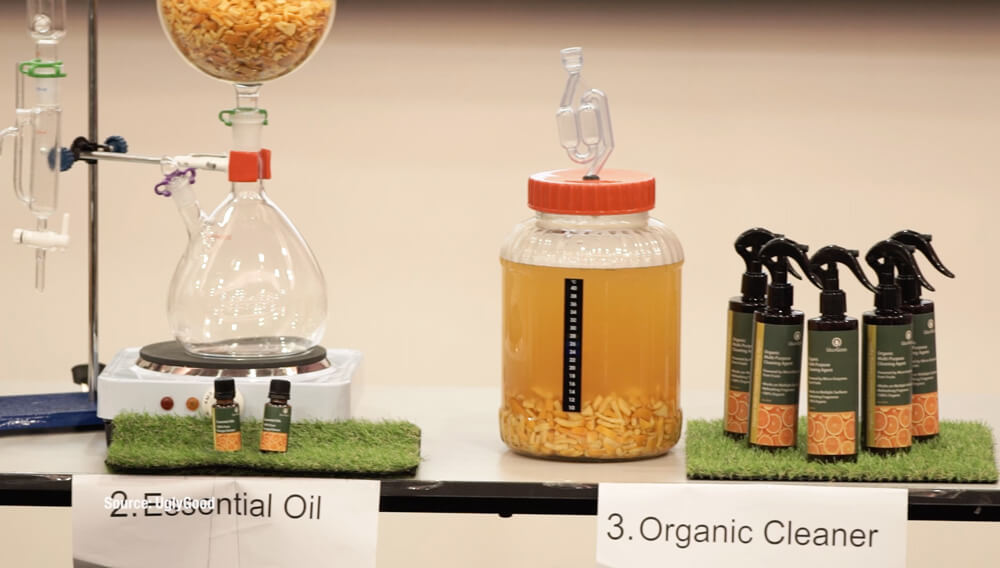 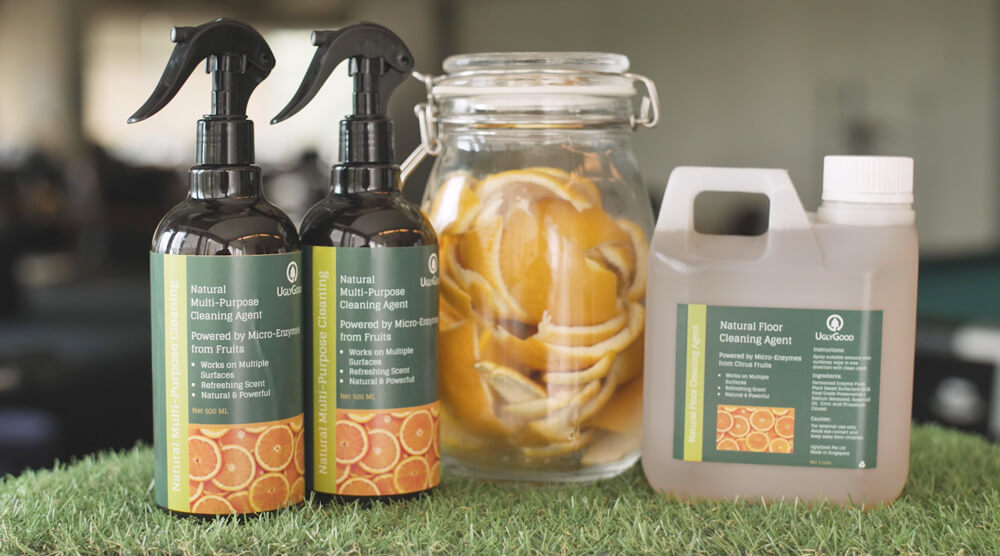 Oil is extracted from the peel waste through cold-pressed extraction, and either sold to businesses in the flavour and fragrance industry as raw material, or added to UglyGood’s own line of natural cleaning products. The latter can be purchased via its website. Fermentation of the orange peels also produces bio-based enzymes that work as natural cleaners, while the fresh fruit pulp is converted into animal feed and delivered to wildlife industry clients daily.

As with any startup, there have been challenges along the way. Their biggest one during early stages was financing, which they overcame by “bootstrapping, attaining competitive grants and building an early B2B revenue stream”, he says.

Of course, it helped that Jeremy had graduated from SMU’s School of Information Systems. His in-depth understanding of business and technology helped make operations and processes more efficient, while co-founder and SMU Accountancy graduate Clewyn was able to apply his financial expertise to build realistic financial models and projections.

At the same time, their business backgrounds created a whole other challenge—neither of them had much knowledge of the science that was integral to the nature of their business. “With little capital, we had to make up for it by doing a huge amount of self-learning and exploration. Subsequently, we started working with other universities and tertiary research institutes in order to keep overheads and R&D costs low,” explains Jeremy.

Thankfully, that move paid off, and in more ways than one. Besides cost savings, these research partnerships helped to attract complementary talents and interns, who eventually became the company’s first permanent hires. 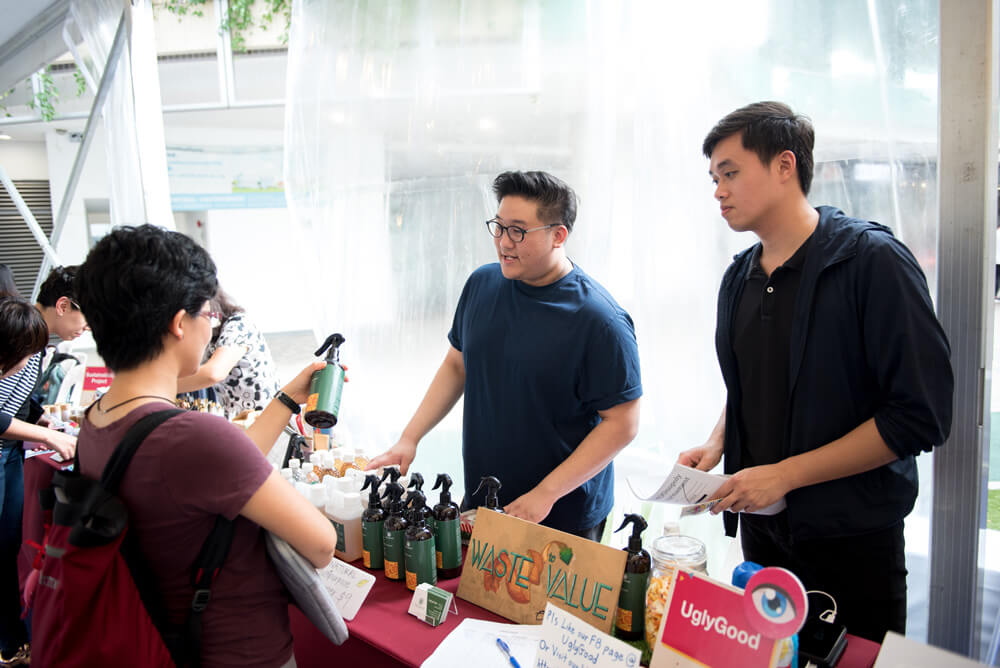 Looking ahead, Jeremy reveals the goal of expanding UglyGood’s reach in Asia in the next five to 10 years, by “creating new products and brands that are geared towards reducing waste outside of just organic waste streams”. A number of projects are currently in the works, including one that aims to reduce single-use plastics.

He says: “In the long-run, our goal is to build a sustainable business, and prove that resource efficiency and waste reduction are good for the people, planet and profit. Green businesses hold the key to our future.”

One Year On with Ryan Goh, SMU Economics Freshman
‘Surfing’ the Learning Curve as a Young Accounting Professional 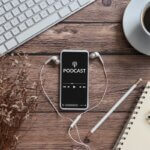 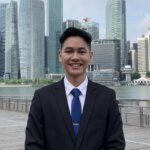 #HI2020: Investing in Oneself with Farid Mohammad 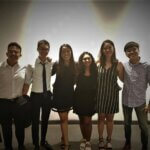 Letter to My Profs: Reflecting on My Second Major in Accounting Data and Analytics