All in the family: Jack Sai, third-generation kopi stall operator 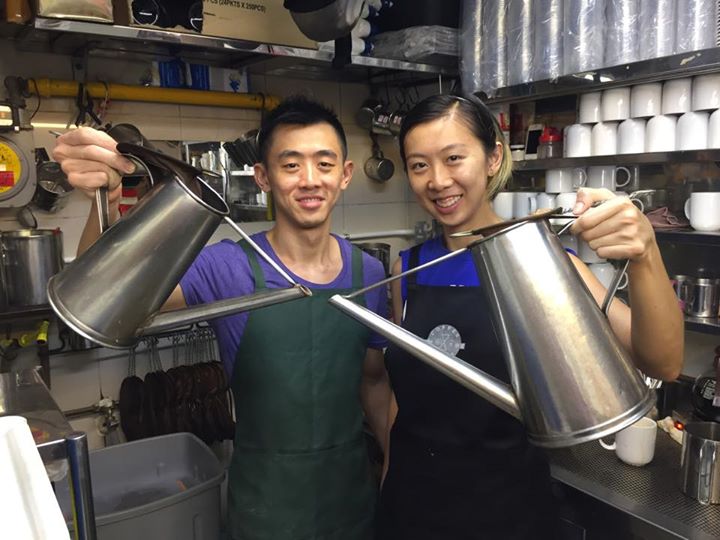 Amid the ongoing discussions and debates about how best to conserve Singapore’s hawker heritage, SMU alumnus and third-generation kopi stall (aka coffee shop) operator Jack Sai Fengjie is already walking the talk.

A year after he graduated from SMU’s School of Social Sciences, Jack joined the family business full-time, and has been dishing out coffee, tea and tasty toast concoctions at Amoy Street Food Centre ever since. In this blog post, find out more about what led Jack and his sister Faye to continue the family tradition, and about the innovative slant that he’s brought to the business.

The first incarnation of Coffee Break was operated by Jack’s paternal grandfather when he first arrived from Hainan Island, China in 1935. Originally located along the now-defunct East Reclamation Road, it was displaced by port development plans at Tanjong Pagar in the late 1960s. The coffee shop relocated twice more, outliving its founder and passing to the second generation, before it arrived at its current location at Amoy Street Food Centre.

As for Jack, he first started working at Coffee Break with his father during his teens: “I helped out in the business every weekend and during my school holidays. Even during my university days in SMU, when I had free blocks of time in between lessons, I would go down to help out at the shop. Especially when I had free time during 12 to 3pm, because that is the time when business is most brisk.”

Jack currently works as one of Coffee Break’s baristas, and is also in charge of developing new items to add to the shop’s menu. He is not the only third-generation member of the Sai family to join the business: his sister, Faye, also works with him daily. “My sister has always enjoyed working in the service industry, so it was a natural fit for her to join Coffee Break.” 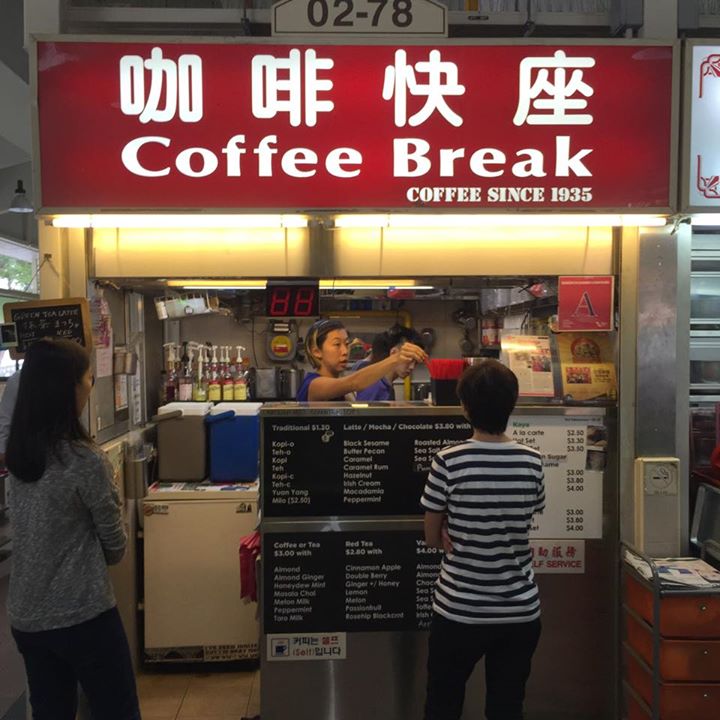 On a typical day at Coffee Break, peak hour starts at 7.30 am and lasts till 10 am, with a short break before the lunchtime crowds arrive at 12 noon.

The day-to-day responsibilities of a “Gen Y hawker”

After graduating from SMU, Jack first pursued his interest in the editorial line before trying his hand at being a teacher. The pull of the family business eventually proved the strongest, and he joined Coffee Break full-time in 2011. “I would say that having the desire to continue the heritage of good local styled coffee, tea and toast made me join the family business,” says Jack.

Coffee Break opens at 7.30 am every weekday. Jack’s day starts well before that – he gets to the shop around 6.45 am to start preparing, as rush hour hits once they open for business. Besides a lull between 10 am and 12 noon, business is brisk from opening till the shop closes for the day at 2.30 pm.

The actual hours spent making and selling drinks and toast at the shop are just the tip of the iceberg. When Jack joined the family business, he created a variety of new products, which have proven popular with customers. “Most of my behind-the-scenes responsibilities include preparing the special spreads for our toast,” he says. “I introduced new flavours of toast spreads like Black Sesame, Taro, Cinnamon Sugar and Coconut Cream because I felt that the traditional kaya and butter can get quite boring although it tastes good.” 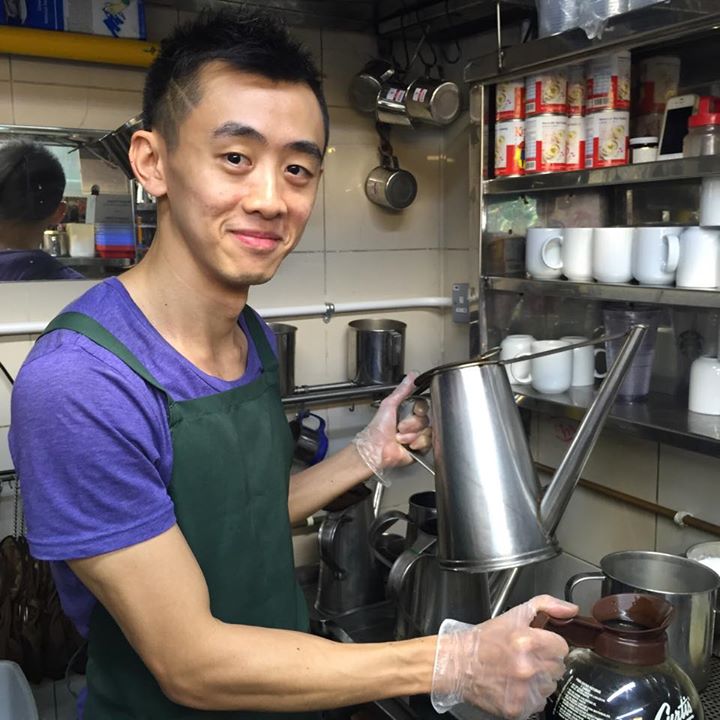 Although Coffee Break closes for the day by 2.30 pm, Jack’s work is far from done as he manages many back-end aspects of the business on top of his barista role.

Jack also regularly updates the menu with new drinks inspired by beverages that he’s sampled on his travels. At Coffee Break, the stall’s original kopi/teh combinations are but one section of an extensive menu that features flavoured lattes – sea salt caramel coffee, anyone? – as well as red tea and vanilla milk drinks.

Besides concocting new menu items, Jack is heavily involved in the business processes behind Coffee Break. Although the theoretical knowledge gained from an SMU education may seem far-removed from the running of a coffee shop, Jack credits the business bent of SMU’s broad-based curriculum for influencing how he engages with his work at a macro level. Modules about complex adaptive systems and supply chain management, for instance, have proven useful now that Coffee Break is working towards securing the ownership rights of the entire supply chain of its coffee.

“We are trying to ensure the quality of our coffee and tea by sourcing it straight from the importers ourselves instead of relying on distributors. We are also moving towards grinding 100% of the beans ourselves to maintain the freshness of our coffee,” shares Jack.

On the micro level, Jack admits to certain occupational hazards which follow him whenever he eats out: “I will always pay close attention to the menu to draw inspiration from it. I will also tend to scrutinise how operations are run at that particular establishment.”

Given that the denizens of Raffles Place are largely fuelled by caffeine, it seems likely that Coffee Break will only continue to thrive as a business. As a family, though, the Sais do not take the future lightly. “We are taking the long term – 10 years and beyond – into consideration very seriously. Our family often has discussions about what steps we need to take in order to achieve resilience for our business,” says Jack. 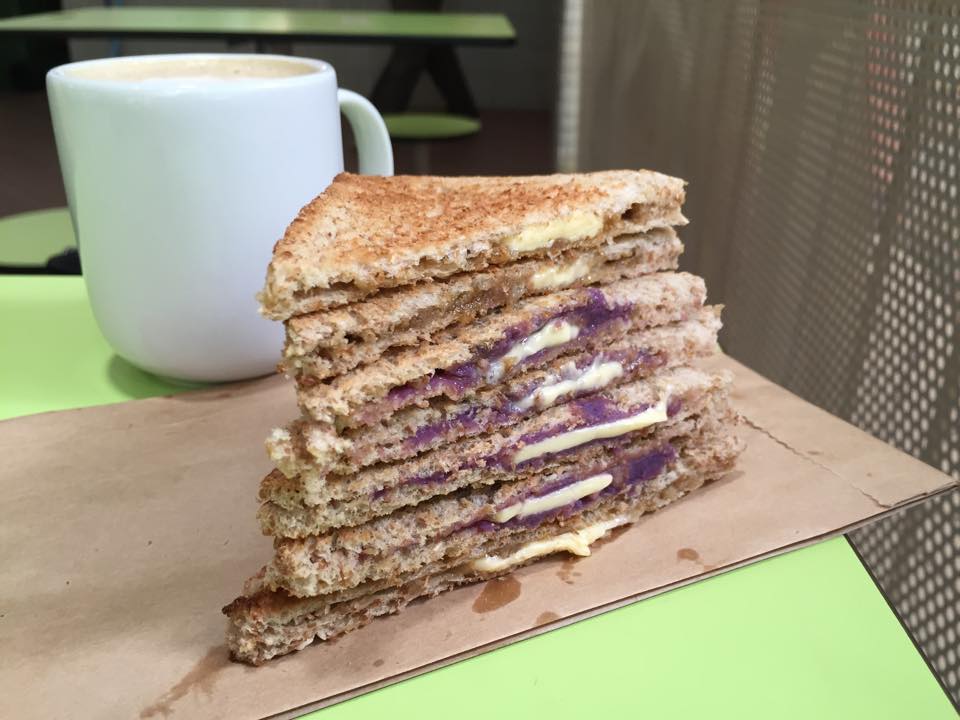 Jack also has expansion plans in mind for Coffee Break. The plan for supply chain ownership leads quite naturally to the future possibility of supplying and retailing Coffee Break’s brand of coffee beans and powder to discerning business owners and individuals. He also hopes to open more outlets domestically, and has not ruled out the possibility of venturing overseas.

For the present, though, Coffee Break runs very much like many small family businesses. “It can be difficult to call one another out on mistakes or ways in which we can improve on our performance,” Jack admits. The upside, though, is that operational matters can be carried out easily and quickly since he works so closely with both his father and his sister. “And we have always got each others’ backs, no matter what.”

Coffee Break is located at unit #02-78 of Amoy Street Food Centre, and is also on Facebook.

The Unofficial Back-to-school Checklist
#AskASenior: When should I plan to do an internship?