Down the Rabbit Hole, We Go: An Intern’s Dive into the Realm of Arts for Young Audiences 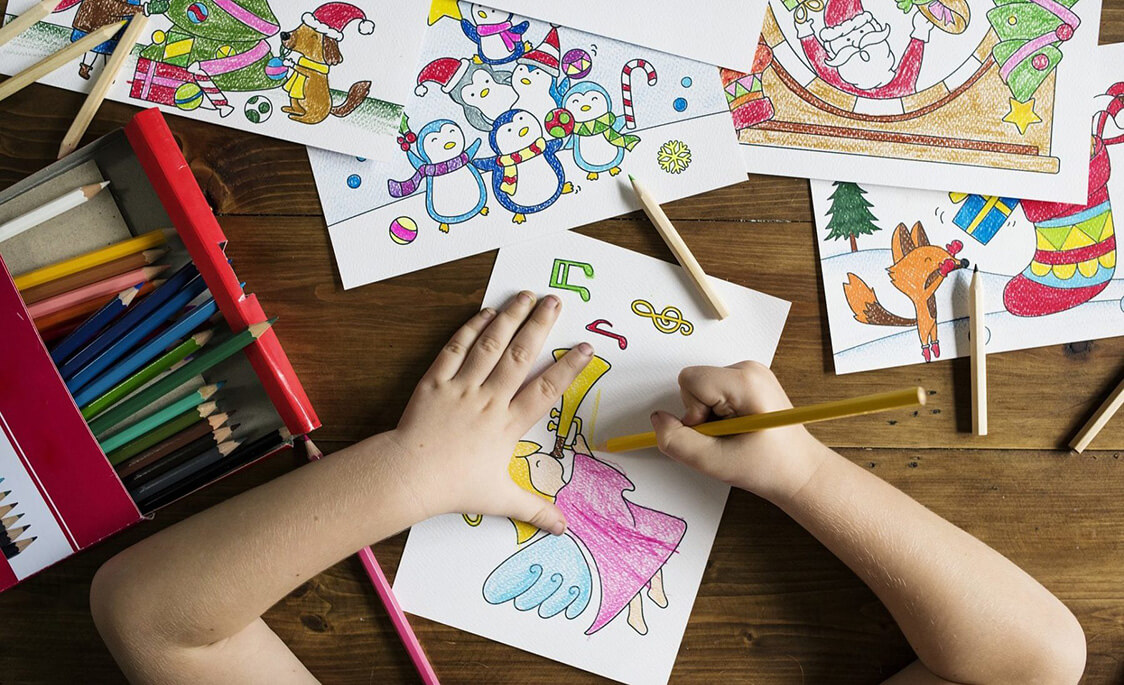 This article is the second in a series of essays by students from the Singapore Management University Arts and Culture Management programme.

Never had I thought that I would be working with these monstrous little creatures. Yet, there I stood on my first day of work at The Artground (TAG), watching a group of pre-schoolers playing with a cluster of earthworms in TAG’s Good Garden. Later, they used coffee grounds to make paintings inspired by the wriggly movements of their new friends.

I was, of course, referring to the earthworms and not the children. Friends who know me will know that I have an extremely irrational, but very real, phobia of all kinds of worms—from caterpillars and centipedes, to mealworms and earthworms. There’s just something about the way these creatures wriggle about with the hundreds and thousands of feet that they have—just thinking about it makes me shudder.

I did not expect to be facing my worst fears head-on at TAG. Neither did the children, I suppose, expect to be playing with worms on their Learning Journey to Singapore’s latest children’s arts centre. At first sight, they squealed and squirmed, hesitating to approach or touch the earthworms. However, with some gentle nudging by TAG’s resident permaculture designers from Cultivate Central and some volunteer facilitators, the children began to realise that these creepy crawlies weren’t so scary after all.

The children learnt about the important role that earthworms play in fertilising our soil through their wriggly movements, helping our plants and food to grow. Their eyes widened in curiosity, and this eventually took over their initial fear. Soon, the children were laughing and giggling as their new worm friends crawled all over their hands and feet.

Children are curious and brave. Their curiosity gets them ahead, unlike adults like myself with silly and crippling fears of so much more than just creepy crawlies. By providing children with opportunities to learn, discover and explore through play, there’s just so much that they can get up to fuelled by their curiosity and vivid imagination.

TAG is a not-for-profit play space that aims to do just that, by offering quality yet accessible arts programmes that will allow children to be curious and get creative. This includes interactive visual arts exhibitions, music, dance, gardening and craft workshops, as well as performances for children and infants. As a culmination of their programming and incubation efforts thus far, TAG presented its inaugural “100 and 100 More” Festival for Young Audiences in May 2018.

Lately, we’ve been seeing an increase in the number of such children’s arts festivals presented in Singapore. TAG is the newest kid on the block with its “100 and 100 More” Festival, but we also have Esplanade’s “Octoburst!”, the National Heritage Board’s “Children’s Season”, the National Gallery of Singapore’s “Children’s Biennale”, and more.

It is encouraging that both the state and the industry seem to increasingly recognise the importance of having dedicated arts offerings for our children. After all, “children (too) deserve aesthetic experiences that are thoughtfully designed and considered”. This is a firm belief of Director and Chief Worm at TAG, Luanne Poh. As a result, parents and children today have a wide range of arts programmes that they can attend, but is demand playing catch up to the increase in supply?

A recent qualitative survey I conducted as part of an Arts & Cultural Management research project at the Singapore Management University revealed that the aforementioned children’s festivals have attendance rates of 15 to 50 per cent, among the 26 parents surveyed¹. Whilst actual attendance numbers for these festivals are in the hundreds of thousands, the survey results raise the question of whether more can be done in terms of audience development, seeing as there are many more potential audience members whom these organisations have not yet been able to reach.

Who exactly are these potential audiences? From interviews conducted with arts marketers from the Esplanade, National Heritage Board and National Gallery of Singapore, as well as my own observations as an intern at TAG, it seems like these organisations have been increasingly drawing in more parents and children of the middle-class income groups. Despite offering plenty of free programmes, however, there is still a struggle to reach out to more families from the lower-income groups.

To improve accessibility, I think that more can be done to reach out to families from the underserved communities within our society. Apart from just offering free programmes, it is great to see arts organisations working with both corporate and non-profit partners to engage these groups. TAG, for instance, has welcomed visitors from the Tanjung Pinang Orphanage, Cerebral Palsy Alliance Singapore and is working with ground-up inclusive arts movement SuperHeroMe for the centre’s inaugural “100 and 100 More” Festival.

Don’t get me wrong, I think it’s fantastic that arts programmes are being kept affordable and accessible to the general public. However, we must question the sustainability and value of these free programmes. Apart from a desire to improve the accessibility of arts programmes for underserved communities within our society, many of these arts organisations also use them as a springboard to first entice the general public—in particular, those who may not be regular arts goers. The hope then is that those who are able to afford it may see the value in ‘scaling up’ to buy tickets and attend other programmes.

If, however, parents simply see the free activities as a form of entertainment for their child, this is not going to happen. Arts organisations need to research further into how they can better help this group of audiences recognise the value of engaging their children in the arts, so as to eventually cultivate them into families that cherish the arts as part of their everyday life.

Because, ultimately, it is only with the support and demand from patrons that theatre for young audiences in Singapore and Southeast Asia will truly be able to flourish. Currently, TAG attempts to convert audiences by offering a wide range of programmes that are tiered at different price points. Workshops offered during “Weekends @ TAG” also occur on a casual, “drop-in” basis so as to encourage more families to join in at their flexibility, rather than having to plan their day around these programmes.

With such efforts, I think it is safe to say that we are all hoping for the same: for the arts to become part of the everyday lives of young ones and their families. Given the obsession of our “tuition nation” with grades, academic achievements, enrichment classes and more, I believe that children should be granted more opportunities to play, through which there is potential to learn so much more. This is best encapsulated by TAG’s simple vision, “to let art do, what art does”.

As an intern at TAG, I do hope that we will be able to attract and engage more children to join us, so they may benefit from the programmes that have been curated and designed specially for them. As much as I never expected to be working with wriggly earthworms, I also never expected to be working with young children and infants who bring me so much satisfaction each day at work with the smiles on their faces. Having stepped out of my comfort zone, I hope to encourage everyone out there to be a little more curious too and join me in my venture into the realm of arts for young audiences.

This article was first produced in March 2018 for ACM005 Arts and Culture Management Industry Project Module, and was first published by Arts Equator on 2 August 2018. All information stated was accurate as of then. The article does not reflect any of the viewpoints of the interviewees but is a subjective interpretation of the writer. The writer Jesslyn Lim graduated from SMU in May 2018 and is now working at NIE on a research project on The Artground.

¹ In March 2018, I conducted an online survey about parents’ attitudes toward, awareness of and attendance of children’s arts festivals in Singapore. The survey had 26 participants, all of whom were parents with 1 or more children aged 0 -12 years old, recruited through friends and family. This research was completed as part of an Arts & Cultural Management Industry Project, guided by Dr Hoe Su Fern at the Singapore Management University.

I Did a Global EMBA in the Heart of Singapore. It’s Taken My Finance Career to New Levels
4 Pitfalls to Avoid on the Path to Becoming a Global Citizen