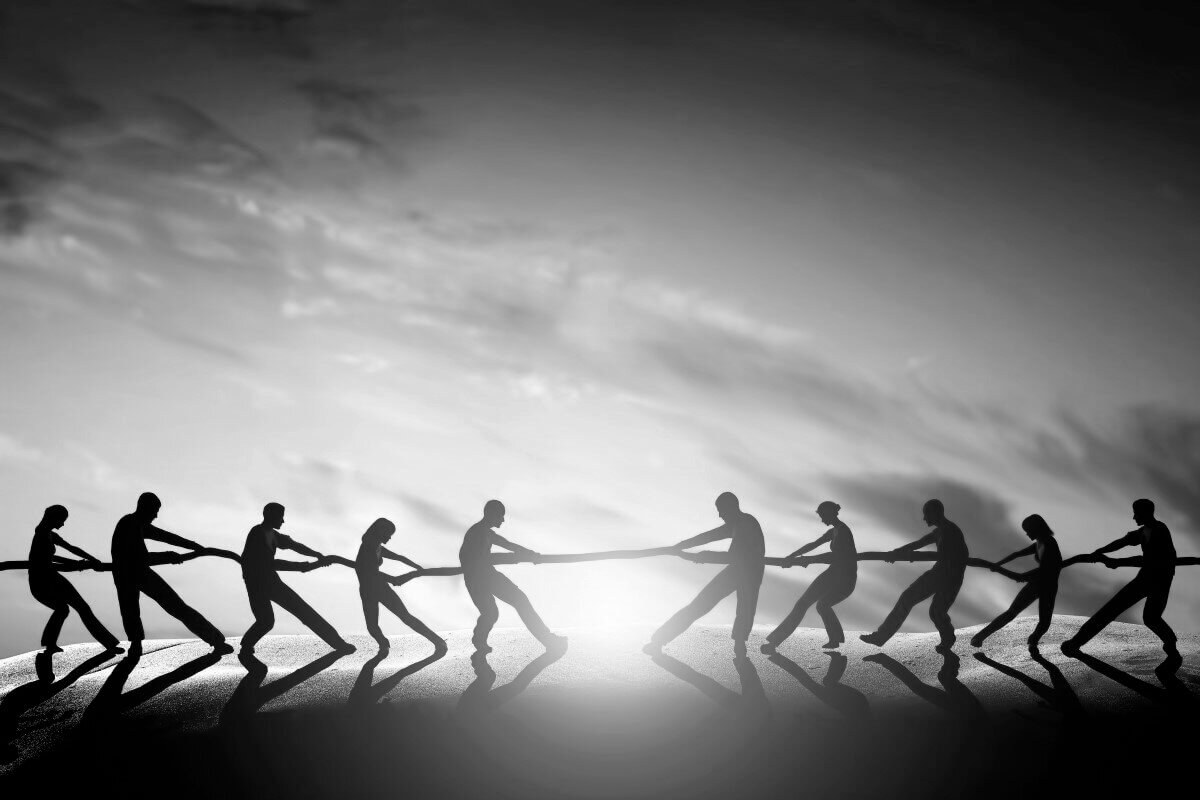 Described as “a violent test of morality and humanity”, the premise of trending Netflix series Squid Game revolves around debt-ridden players enlisted to compete in a series of childhood games. While the gory scenes and acts of extreme sabotage are hardly obvious fodder for self-improvement guides, the television series does offer lessons for humanity, not least life skills that students can tap upon in their university journey and beyond. Here are some creative takes on useful pointers we can pick up from the wildly popular Korean drama that, thankfully, do not involve any bloodshed (spoilers ahead for those who have not watched the show):

Pitting a team composed of physically weaker players against another of young, strong men, the Tug-O-War game in the fourth episode is one of the series’ most emotional scenes. The weaker team, comprising a mix of able-bodied men, the oldest player in the competition Oh Il Nam and a few women, manages to send their opponents falling to their deaths because of a strategy devised by Oh. Rather than rely on brute strength, the winning team spaced themselves out in an alternating pattern, and pulled on the rope with their backs lying towards the ground and heads facing skywards.

The episode demonstrates how being strategic and using one’s smarts might sometimes be more effective than rushing headfirst into a challenging situation. For example, when planning for a final-year project, it might be prudent to revisit fundamentals gleaned from the module and develop a clear plan and outline early, instead of looking for quick fixes at the last minute or settling on the most exciting idea that captures your attention.

The ultimate game of probability, the Glass Bridge game requires players to pick a numbered jersey before learning what the challenge entailed. They are then led to a bridge with adjacent paths of glass panels – one of tempered glass that could withstand the weight of two adults, and the other of regular glass that would crack under the slightest pressure. Players have to attempt to cross the bridge according to the order of their number tags, with the later players at an advantage as they were able to follow in the path of previous players.

While early adoption of new technologies or business models sometimes allows one to take the lead in the world of business, countless first adopters have failed in their path to find success. Rather than rushing in to be an innovator, it might help to do thorough groundwork and observe one’s competitors in order to fine-tune complex plans or weed out pitfalls before launching your go-to-market strategy.

Players of the schoolyard game Red Light, Green Light begin by assembling at a starting line, and moving towards the finishing line when they hear the command, “green light”. They have to stop in their tracks when the command “red light” is yelled, and those who do not immediately freeze in place will have to return to the starting line. In true Squid Game fashion, the game was given a deadly twist with players who fail to stop being shot dead.

From rehearsing for a big presentation to conducting relevant research for a project, it is essential to pay attention to details and instructions, and plan ahead before making a big move. Just like the Tug-O-War game, Red Light, Green Light demonstrates how rushing into a new task sometimes does not provide the opportunity to take pause and process the relevant information, which are necessary for yielding the best results.

4. Dalgona Candy game: Think out of the box

Probably the most “memed” game from the show, the Dalgona Candy game sees contestants struggle to carve out a stamped shape from the flat treat with a needle without breaking it. Just like how our paths in life may differ from that of others, the players also found that some of them scored a simpler shape like a triangle while others unwittingly picked a complex shape like an umbrella. But rather than succumb under pressure, those who made the effort to think out of the box managed to emerge victorious (and alive).

The game is a valuable lesson in understanding how sometimes the quickest, most obvious solutions aren’t always the best. Whether in school or in life, it pays to be creative in finding answers to challenging problems, instead of relying on tried and tested methods. Furthermore, don’t give up or lament your circumstances when presented with a hurdle; instead, rise up to the challenge by getting your creative juices flowing and pushing your own boundaries.

While the popular series showed that money can’t buy you happiness, it was also an extreme example of how living a life of debt may lead to acts of desperation and despair — as demonstrated by the players who willingly returned to the deadly game even after learning its stakes. It also showed how financial literacy (and integrity) is not necessarily linked to one’s academic smarts or career success — runner-up Cho Sang-Woo graduated at the top of his class from a prestigious university and snagged an investment banker job, but nevertheless made the mistake of misappropriating company funds and falling into debt. As such, good financial habits like knowing how to mitigate risks and not overextend oneself should not be a priority only when one enters the workforce, but a life skill to be picked up at as early an age as possible.

One thought on “Squid Game Life Skills Every Student Can Borrow”

How To Thrive During a Pandemic According to the World’s Top Business Leaders
SMU Athletes To Watch: National Hockey Player Gene Leck