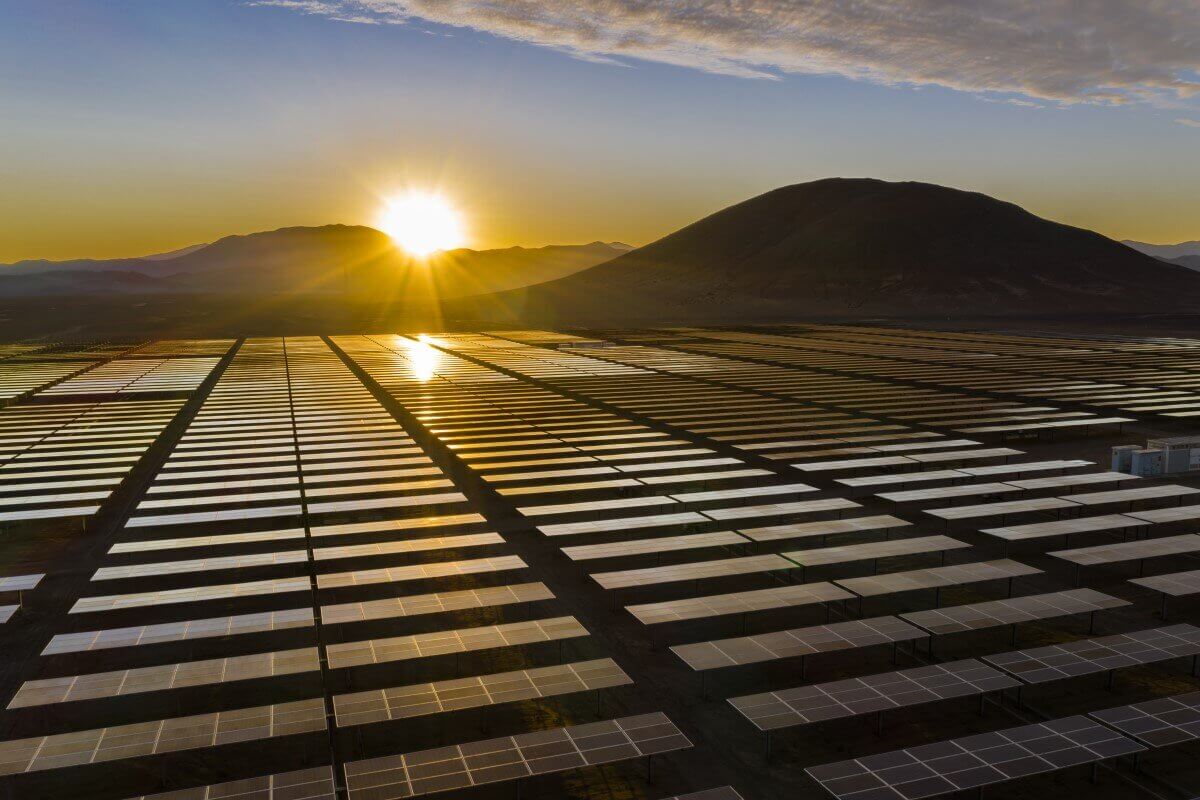 From July 2021, Singapore’s household electricity and gas tariffs have risen by an average of 3.8 per cent, even as working and studying from home arrangements continue into the latter half of the year. Living in a sunny climate like Singapore, one would wonder if residents can tap on what seems like an abundant energy source: the sun.

However, harnessing solar energy isn’t as simple as plonking a panel onto one’s balcony. Several obstacles stand in the way of widespread adoption of solar energy in Singapore: the lack of space for the installation of solar panels, the high humidity and cloud cover here that affects the efficiency of photovoltaic cells (devices that convert light energy into electricity), and the stratospheric cost of current solar energy solutions, to name a few.

Despite these challenges, the government is not giving up on solar energy and has set the goal of generating 2GW of solar energy by 2030 – the same amount of energy required to power 350,000 households. New HDB town Tengah has also extensively deployed solar panels on a solar farm that floats on a reservoir the size of 45 football fields. Meanwhile, Germany — one of the least sunny countries globally, has one of the highest solar energy outputs in the world — although it too faces massive problems in terms of a stable energy source and overloaded power grids.

We chat with Helen Yangfang Zhou, Associate Professor of Operations Management at the SMU Lee Kong Chian School of Business, to explore other issues faced by Singapore in upping our solar energy production, viable solutions for the challenges we face and what citizens and the government can do to make widespread solar energy deployment a reality. 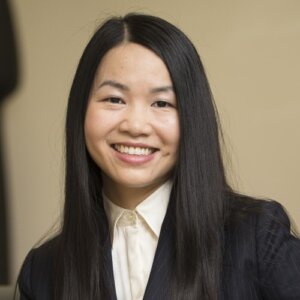 For starters, Helen points out that other than the issues of land constraint, high humidity and cloud cover mentioned above, another big challenge to the efficient usage of solar energy is its intermittent nature — as the sun does not always shine.

“This means that the grid needs to have backup power to generate electricity or energy storage systems to release stored energy when the sun suddenly becomes unavailable,” explains Helen. Her research interests lies in sustainability, particularly renewable energy and energy storage operations.

Also, the lack of space might not always be a death knell for tapping solar energy. The land constraint has generated many ingeneous approaches to install solar panels, for instance, in building façade or over water bodies, as mentioned above, or in infrastructure, such as noise barriers. Noise barriers, traditionally built with concrete and steel to reduce noise, can be built with solar PVs. They can reduce noise as well as generating electricity, which is  killing two birds with one stone. As with all other industries, technological breakthroughs may provide solutions to otherwise unsolvable problems. To maximise space utilisation, adds Helen, it is beneficial to use solar panels with ultra-high efficiencies. This requires more research and development efforts in emerging solar energy technology, which is “a big challenge as well as an opportunity”, says Helen. New structural designs and materials that have now been adopted for cells can help increase solar efficiency, hopefully generating adequate energy even in land-scarce nations.

One of the biggest solar power success stories has got to be Germany, which boasted the world’s largest photovoltaic installed capacity until 2014, and sees 27 per cent of its electricity coming from renewable sources such as wind and solar power.

Helen attributes several reasons to the success of Germany’s solar power framework: first, its Renewable Energy Sources Act, passed in 2000 and subsequentily modified, which specifies a series of feed-in-tariffs (FITs) that guarantees payment to renewable energy producers over 20 years. The Act serves as an incentive for utility-scale, and commercial and industrial solar power producers as well as residential rooftops.

When a solar power boom occurs due to a fast uptick in solar energy adoption, the government incurs a hefty cost by financing payments to a large number of alternative energy producers, which could, in turn, result in taxpayer backlash and the creation of an artificial, unsustainable market.

But such alternative energy wins are accompanied by potential downsides. While the FIT is highly effective in driving up the adoption of renewable energy, it needs to be rapidly adjusted in response to the rise in solar adoption levels.

Why? When a solar power boom occurs due to a fast uptick in solar energy adoption, the government incurs a hefty cost by financing payments to a large number of alternative energy producers, which could, in turn, result in taxpayer backlash and the creation of an artificial, unsustainable market. While Germany rectified — albeit not quickly enough — the issue of excessive high FIT levels, countries such as Italy and Spain experienced a solar market crash, which led to a massive loss of jobs in the solar industry.

“In retrospect, a more carefully designed FIT system should be able to automatically adjust the FIT level, which will surely lower the cost of adoption,” notes Helen.

“Lastly, the government could consider exempting energy-intensive industries from renewable energy surcharges. Otherwise, it may cut the competitiveness of these industries in the global market.”

The unbearable lightness of being

While there were some concerns about high penetration of renewable energy negatively affecting grid stability, such concerns are “largely baseless”, says Helen. However, the cost of maintaining grid stability — during which surging demands for power can be reliably met — becomes increasingly expensive with a growth in clean energy adoption. This results in a delay in retiring conventional power plants as a backup.

Ultimately, Singapore’s limited land availability makes it economically inefficient to adopt too much solar energy. Instead, Helen agrees that importing green energy from regional power grids, such as Malaysia and Australia, as what the Singapore government is in the process of implementing, may be more economical.

What more can be done?

To date, the Singapore government has undertaken a cautious approach to implementing a basket of solar energy strategies, observes Helen.

“The prevalent thinking of Singapore policymakers seems that such subsidies distort the energy markets and increase costs for consumers,” says Helen.

“It is not clear that this is true especially given the experience from Germany. With the land constraint for Singapore, the Singapore government could consider fixed-in-tariffs for solar projects with high generating efficiency, which in effect incentivises large-scale projects.”

Second, Helen suggests a cap-and-trade system — whereby greenhouse gas emissions are capped, and a market for buying and selling greenhouse gas allowances is created, with supply and demand determining the price of emissions.

Meanwhile, landowners can become solar power early adopters by approaching solar installers to assess the feasibility and cost of adding solar panels to their rooftop spaces.

Non-landowners can also consider an offsite power purchase agreement (also known as corporate PPA), which is a long-term contract with a renewable energy producer to generate solar energy in a different location from where one resides, adds Helen. And as Singapore has an open retail electricity market, consumers may consider utilising the green pricing option by switching to an electricity provider that employs renewable energy.

“However, the green pricing plan is more expensive compared to a regular plan and may not be an attractive option for now,” admits Helen.

“For instance, Sembcorp Power, one of the leading solar energy providers in Singapore, offers a sunshine programme at 25.8 cents/kWh, while the price for a regular plan is 25 cents/kWh.”

Finally, corporate organisations can play their part in the alternative energy movement by joining the RE100, a global initiative where businesses commit to 100 per cent renewable energy.

It takes a bit of patience, a lot of research and a strong sense of belief in the advantages of solar energy to make renewable energy adoption a long-term reality.

While the road towards leveraging renewable energy sources is long and arduous for land- and resource-scarce nations like Singapore, there are increasingly more alternatives to traditional energy. It takes a bit of patience, a lot of research and a strong sense of belief in the advantages of solar energy to make renewable energy adoption a long-term reality.

Will Exams Ever Become Obsolete?
Experiencing Maastricht on Exchange: An Underrated Dutch Retreat 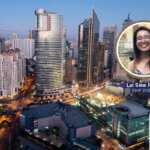 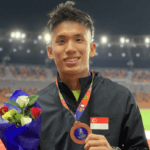 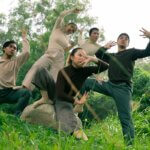