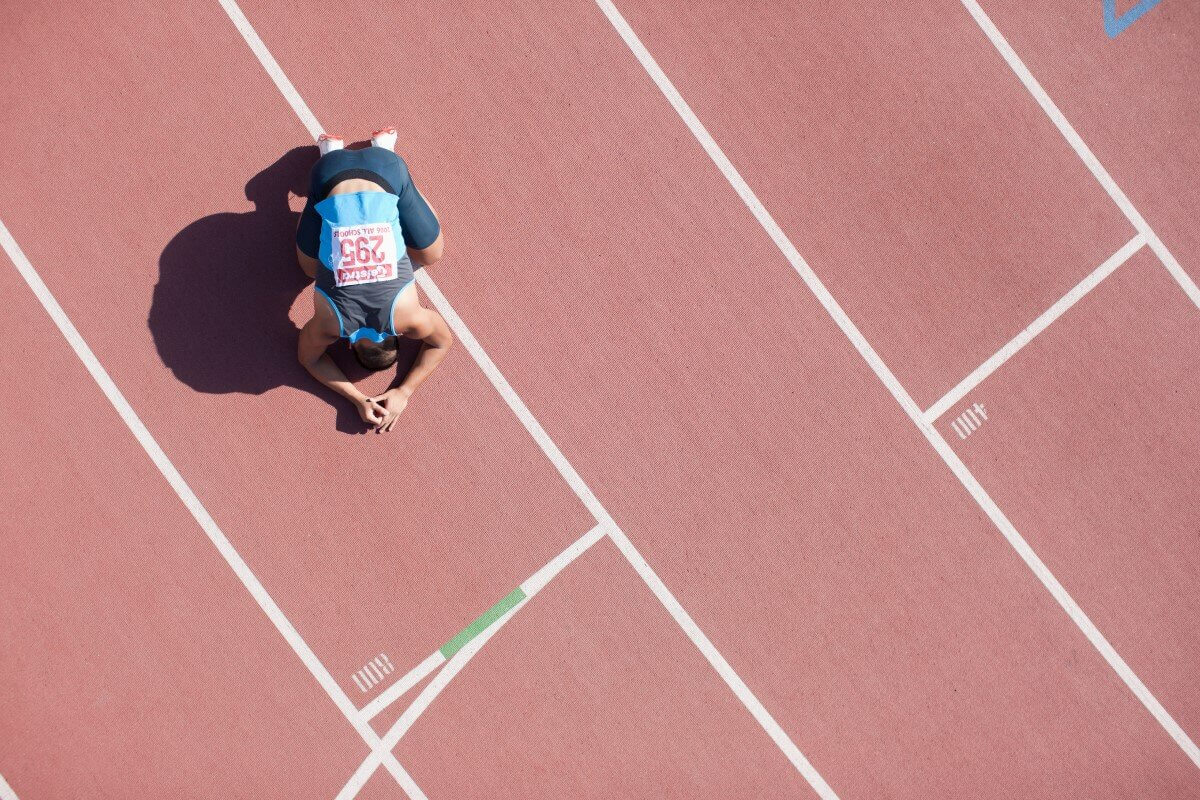 The recent Tokyo Olympics bore witness to personal stories of glory and triumph, but also played host to a string of disappointments and upsets. From Naomi Osaka’s shocking elimination from the competition and Simone Biles’ decision to withdraw, to the early exit of Singaporean Olympian Joseph Schooling, sports fans around the world became armchair commentators in debating the performances of their favourite athletes.

However, as much as the cliché saying – you’re only as good as your last success – seems to ring true, research has shown that self-compassion is pivotal in overcoming a fear of failure. Recent sporting heroes have shown that being kind to yourself in times of adversity need not be viewed as an act of indulgence, but a potential long-term investment in one’s wellness and even success.

The mental health benefits of exercising self-compassion, defined as a way of relating to ourselves in times of challenges through increased kindness and reduced self-judgment, has been intensely studied by psychology researchers in recent years. It has been demonstrated to be a powerful tool for positive well-being in adults and adolescents alike, as self-compassion builds resilience and strength in everyone even in the face of adversity.

As the Dalai Lama once famously said, “If you have no compassion for yourself then you are not capable of developing compassion for others.” Here are four ways we can all learn self-compassion in order to heal and reach our full potential, and channel ourselves towards future success — whether or not we have Olympics ambitions:

It is known that Asian cultures are more collectivistic in nature as compared to that of the West, with a greater priority placed on caring for others and social conformity over individual well-being. Such a mindset might also lead to a tendency to be self-critical, with the idea that “awareness of personal shortcomings aids self-improvement efforts needed to function harmoniously with others”.

Making a habit out of self-criticism can pose a challenge to being kind to oneself. Hence, we should make a conscious effort to allow ourselves the “mental space” to be overwhelmed at times, without negatively attributing such moments to acts of self-pity or indulgence.

In her essay penned for Time, Naomi Osaka wrote about the “great anxiety” she faced and her decision to drop out of the French Open to take care of her mental health and “exercise self-care”. Her decision was met with largely sympathetic responses from her fans in Japan, signalling a wider acceptance of acts of self-compassion, even from a country that is known for its persistent collectivistic culture.

2. Failure is not failure if you learn from it

Our society seems to be exceedingly critical of failure. Case in point: Olympics gold medallist Joseph Schooling’s less-than-stellar run at the recent Tokyo Olympics was met with multiple disparaging jokes and criticisms of the swimmer on social media. However, as basketball legend Michael Jordan once said, “I’ve missed over 9,000 shots in my career. I’ve lost almost 300 games. Twenty-six times I’ve been trusted to take the game-winning shot and missed. I’ve failed over and over and over again in my life. And that is why I succeed.”

Sports psychologists believe that self-compassion and the ability to recognise negative judgments is a crucial part of personal growth. For example, a study on self-compassion in young female athletes has found that it useful to be self-compassionate during a setback — such as during mistakes made in competition and in the immediate moment of realising self-critical thoughts, in striving to meet one’s potential in sports.

Similarly, those of us who experience failures in our academic or professional lives should remind ourselves that we are in good company. In the entrepreneurial world, only 30 per cent of small businesses remain after 10 years of being founded. The news isn’t all bad: a 2014 study conducted over 22 years revealed that serial entrepreneurs found more success with each new venture, even across businesses that were dissimilar to one another. Rather than strive for perfection and be bogged down by failure, we could learn from our mistakes and possibly find greater success in future endeavours.

While self-compassion may have once been perceived as a sign of weakness, synonymous with being easy on ourselves or making excuses when the going gets tough, it can instead be an essential tool for overcoming the multiple curve balls thrown our way.

Self-compassion can help build resilience during life’s ups and downs. In fact, a 2015 study showed that Olympics gold medallists attributed setbacks to being an essential part of their process for winning. Why? Chances are that being kind to ourselves before, during and after adverse situations helps bolster mental strength and emotional security, which are crucial for managing future challenges.

Just as how athletes tap on the superpower of self-compassion to build perseverance and resilience, so too can non-Olympians learn to work out their “mental fitness” in order to bounce back from setbacks by reframing failures as positive learning lessons.

When US gymnast Simone Biles announced her withdrawal from the individual all-round competition at the Tokyo Olympics, sports radio host Ben Maller called Biles the “biggest quitter in sports.”

There will always be haters. Although we may not face the same public scrutiny experienced by famous athletes, external noise in the form of internet trolls, negative naysayers or unsolicited “advice” can fuel further self-criticism.

But while ignoring constructive criticism may not be conducive to self-improvement, it is important to sieve out negative, toxic comments from overall feedback. Practising to validate one’s own strengths and achievements instead of being vulnerable to external criticism is also a critical step towards self-compassion.

We know it’s easier said than done, attempting to develop a thicker skin and filtering out destructive criticism. However, it helps to remind ourselves that while negative criticism hurts, such thoughts do not define who we are. And above all, be kind to ourselves like how we would to others we love.