SMU Grad’s Fight Against Social Division in the UK 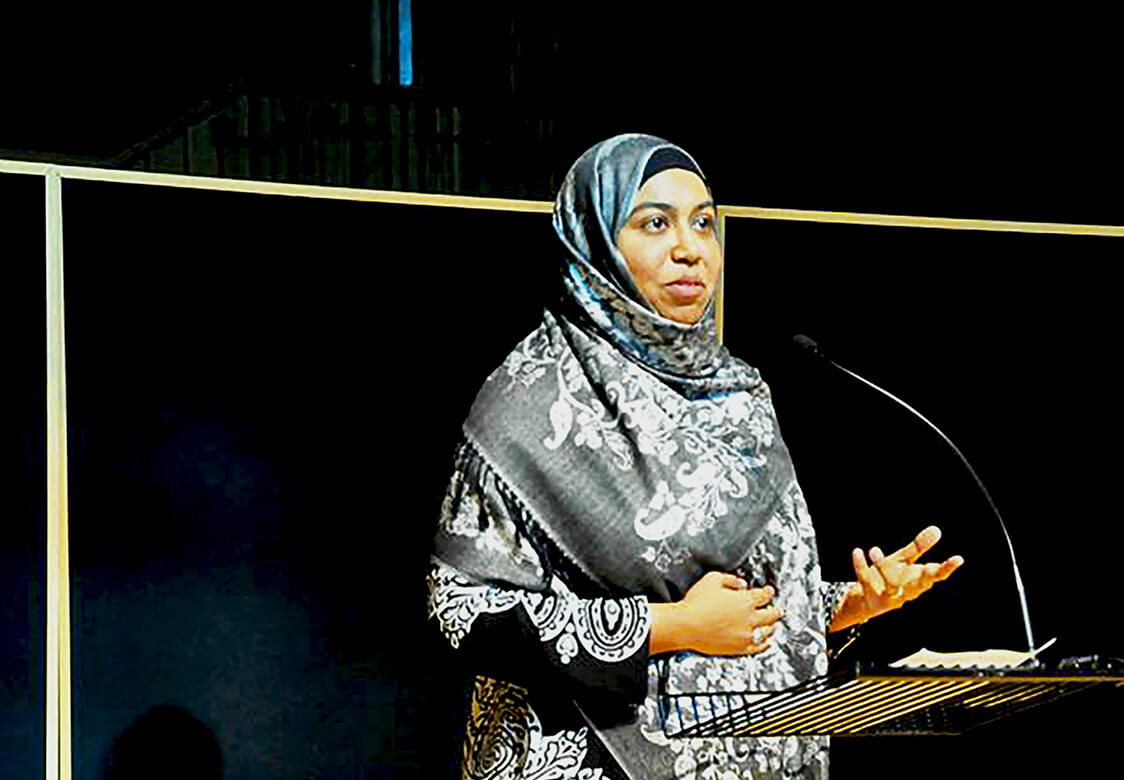 In July 2017, Shereen Aziz-Williams was made an honorary Member of the Order of the British Empire, or MBE, for her work on interfaith relations and community cohesion in Wales. And more recently, recognised by the Association to Advance Collegiate Schools of Business (AACSB) International as a 2018 Influential Leader.

Since moving to the UK 12 years ago, Shereen, an alumna from SMU’s School of Accountancy, has become a well-respected interlocutor on issues of faith, gender-based violence, extremism and social integration in the UK— although she did not arrive in the country with that course in mind.

“I ended up marrying a Welshman,” she says. “After I did my SMU exchange programme—where they sent me off to Denmark for about six months—I went to Swansea to visit a relative, met someone and that was it really.”

Just over a year later, she had graduated and moved to Wales. “We arrived on a weekend. My husband had to go to work on the Monday. He was worried I was going to get bored. Which I would have done—I didn’t know anyone,” she recalls. “I had to start from scratch, finding out the place I lived in. So in order to make his life slightly easier, he volunteered me. He knew a group that needed a treasurer, and he volunteered me.”

The role led her to become more deeply involved in community activities, including working with young people from Swansea’s Bangladeshi community who had fallen through the gaps in the system of social services. 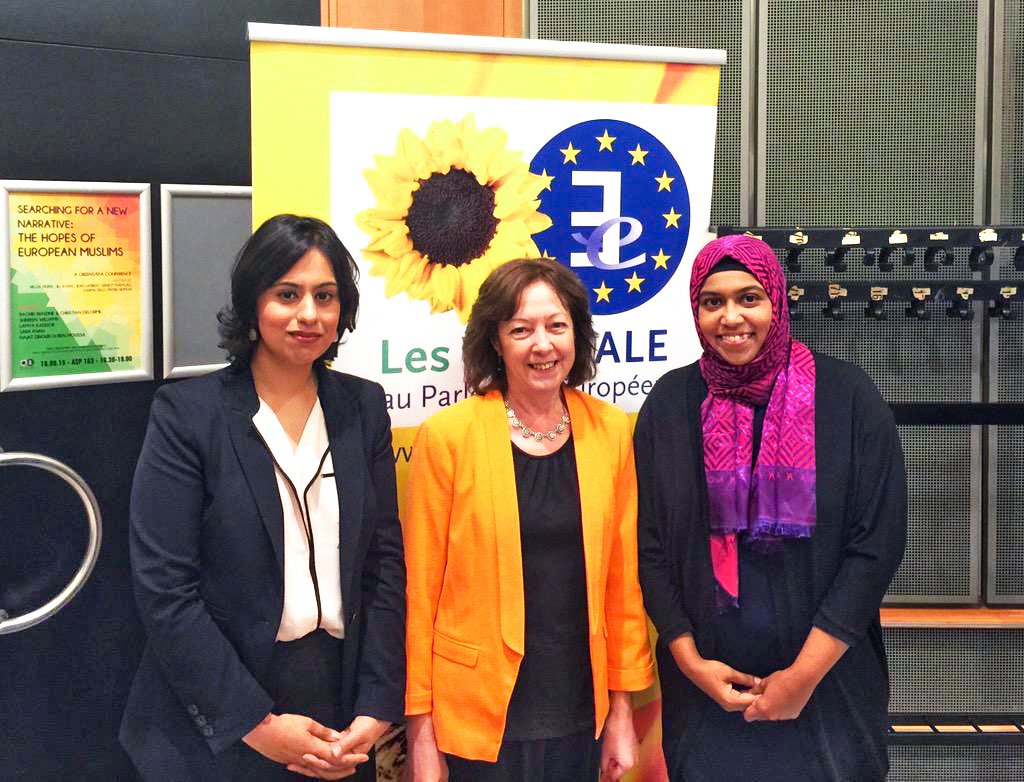 Shereen with Sara Khan (left) and MEP Jill Evans (centre) at the “Searching for a New Narrative: the hopes of European Muslims” conference held at the European Parliament on 16 September 2015.

“You’re talking about young people who are second generation to the UK and are caught between two very contrasting cultures. You have a very different life within the walls of your home, and then you go out and it’s quite different in schools and socially,” she says.

“You’ve got issues of social deprivation, where they have challenges around socio-economics. They live in the poorer parts of the city. They are dealing with structural inequalities. There is a whole host of complex issues underlying this.”

Despite their differences in background, she found she was well able to relate to young people in the city.

“When I started doing it, I’d just come out of uni. I considered myself quite young, I’d travelled quite a bit, done a few things I probably wasn’t supposed to—I had a better connection with the young people than maybe some of the older management staff,” she says. “That was how it all started for me. From managing the organisation’s accounts, it ended up with me working with the director, to coming up with programmes for young people.” 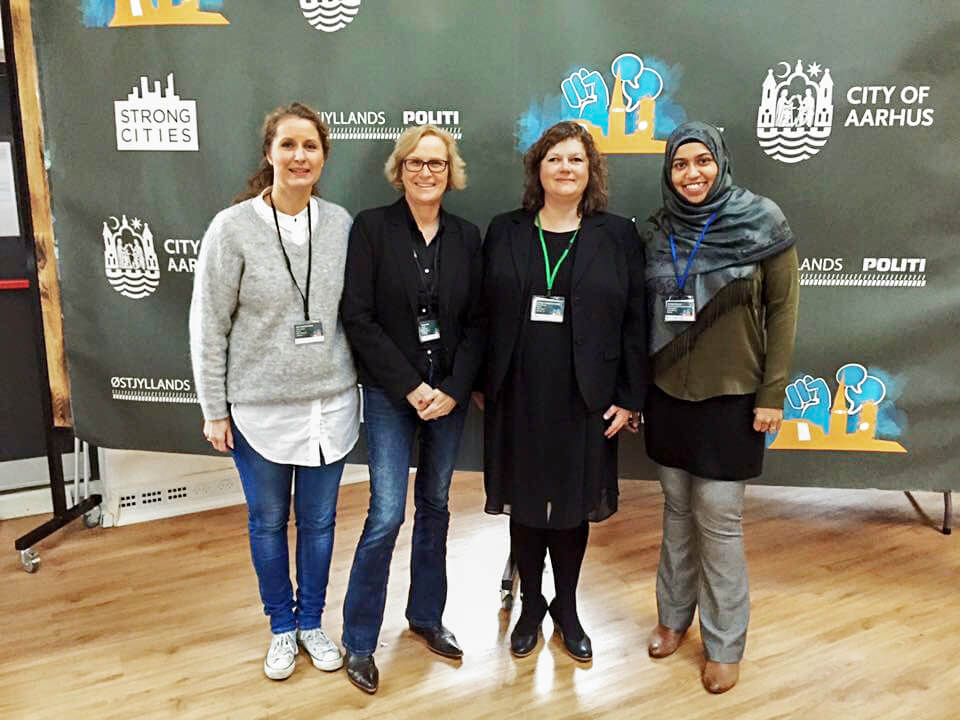 Shereen at the Aarhus Conference

Since then she has become a prominent campaigner on behalf of women who have suffered from honour-based violence or forced marriages, through the Henna Campaign; has helped resettle Syrian refugees in South Wales; and has worked with local councils to place former Afghan translators for the British Army into Monmouthshire.

She has also learnt that people tend to be more charitable and welcoming than media headlines would suggest. Immigration was a major component of the debates leading up to the UK’s referendum on membership of the European Union in 2016, and the implications of large-scale migration, whether for economic reasons or by refugees and asylum seekers, remains a controversial and emotive issue. 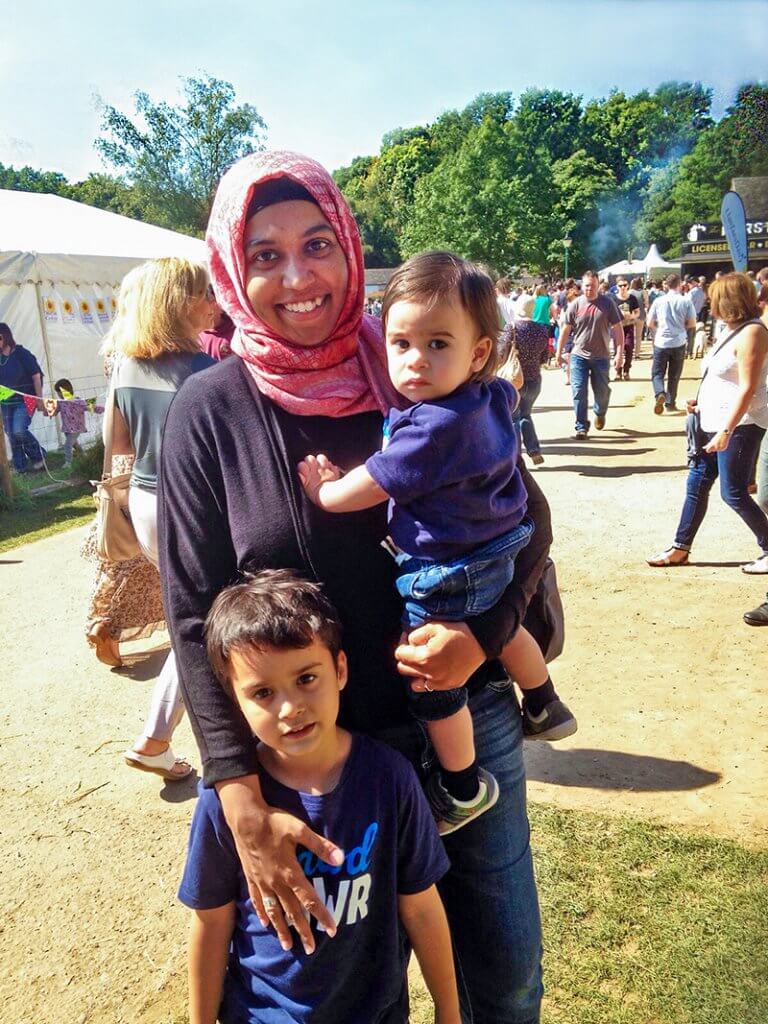 Shereen with her children

However, Shereen says that in her experience, the images of people fleeing the crisis in Syria mostly spurred people to think about how they could help.

“The response of the community has actually been very inspiring,” she says. “I think you’ll always have elements of the wider community that are very resistant to change, to migration and all that. People get very protective of what’s theirs… But most people are pretty good with welcoming change.”

Shereen says that she sees lessons for Singapore in her work. Some of the same tensions around immigration and inter-community integration exist in her home country, she explains, but there is often a reluctance to confront the issues head-on and talk about them.

“I think there’s a difficult conversation that people have to have,” she says. “I think it’s about sharing the experience that I’ve had. I’ve been here for 12 years now. I’ve seen how communities have changed, how newer communities have not integrated as well as the migrants of 50, 60 years ago. And how that causes tensions within communities, and not having conversations within safe spaces is actually adding to that tension.”