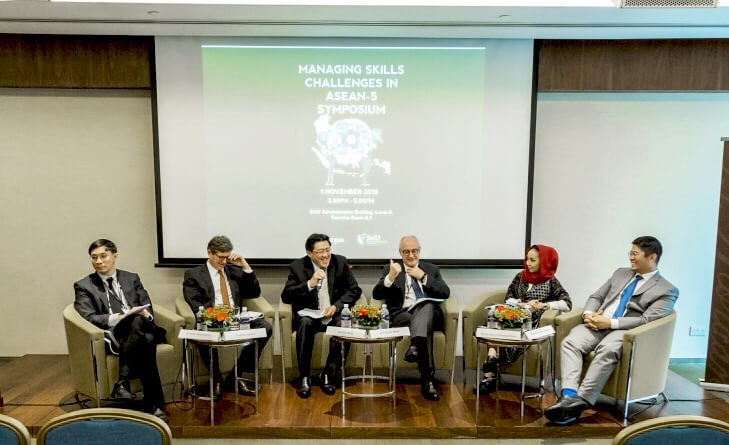 “We do face a bit of a challenge,” said Associate Professor Tan Kim Song, SMU School of Economics, and co-author of the recent study Managing Skills Challenges in ASEAN-5, produced in partnership with J.P. Morgan, “we are still talking about global unemployment projected to rise, and the question of whether people are gainfully employed. Issues about skills have continuously been on the minds of policymakers, people around the world, educators and of course those who are looking for employment.” For the ASEAN member states, the skills challenge has serious implications for the future.

In almost 50 years since its inception, the 600 million citizens that make up this group of ten Southeast Asian nations have enjoyed positive growth. According to McKinsey, ASEAN is set to become the world’s fourth-largest economy by 2050. And 2016 has been a positive year for its five core members, known as the ASEAN-5. The economies of Singapore, Malaysia, Thailand, Indonesia and the Philippines, despite a sluggish global economy, have out-paced the rest of the world with a growth rate close to 5%.

But in order to continue along the same trajectory of sustained positive growth into the future, action is needed to develop human capital and workforce skills says Professor Tan, “this question about skills gap or the labour skills challenge is a real issue. We are now not [simply] dealing with market forces and wage levels but we are dealing with in some cases market failures, in other cases other structural issues when we come into play when we think about labour skills issues.”

In the report Managing Skills Challenges in ASEAN-5, Professor Tan, together with his co-author Professor James T. H. Tang, SMU School of Social Sciences Dean, highlight that while there are common issues faced by each of the five nations, the specific skills challenges of each vary widely according to stage of economic development, economic structure and growth strategy – all of which have a bearing on the collection of skills required.

For example, Singapore has been able to manage skills challenges up until this point thanks to a proactive approach to education and training, coupled with a liberal policy on foreign workers. But, says professor Tan, this approach is unsustainable into the future because, “dependence on foreign labour… fails to build up the indigenous production capacity for the economy.”

And while there is a strong connection between schools and industry in Singapore, curricula need to be nimble and evolve with Singapore’s innovation-driven economy. Having a workforce with great technical skills is one thing but the importance of ‘soft-skills’ cannot be underestimated. The study asserts that the education system must also nurture the innovator-mindset, which Dr Tan describes as “one that is at once curious creative and collaborative, willing to embrace changes and not afraid of taking risks in an open international environment.”

Malaysia has ambitions to compete globally in industries such as ITC, advanced electronics design and manufacturing, and oil and gas. To achieve these, according to the study, it needs to take action to address the gap between the graduates its education and training institutions produce, and the skill sets its industry needs. Professor Tan says the report’s findings suggest that along with a curriculum revamp, “increased training is also needed in cognitive skills including analytical creative and communication skills which are closely associated with a knowledge economy.”

The report also finds that Thailand’s efforts to become a technology and knowledge-intensive production base, and a high-income country by 2017, are being hampered by a shortage of workers in science and engineering. The country’s education system is in need of rebalancing says Professor Tan, because, “tertiary education enrolment continues to concentrate in social sciences and humanities courses, even though graduates from such programmes consistently face difficulty in employment.”

Indonesia is the largest ASEAN-5 economy with a young and growing workforce. But not enough young people have the right skills, particularly in the technical, science and engineering fields, and this raises uncertainty over whether Indonesia will be able to achieve its growth ambitions. Dr Tan suggests that aggressive reforms to the public education system are required, starting with teacher training, which should include the strengthening of links between educators and industry. The issue of youth unemployment also cannot be ignored he says, “unemployed youth with tertiary education in particular marks a huge waste of resources. New avenues should be explored to allow the youth to engage in productive work after leaving school. This includes more structured teaching in entrepreneurship skills in schools and more opportunities for continuous learning.”

Another of the ASEAN-5 nations with an underutilised young and dynamic workforce is the Philippines. The young could help the nation achieve sustained and robust economic growth. But, says Professor Tan, the gaping school-industry gap, rooted in structural weaknesses mean that it faces a daunting skills challenge which can only be surmounted if, “the new government’s emphasis on human resource development [is] backed by stronger political will and more resource allocation to education and training.”

Each of the ASEAN-5 nations is responding to the skills challenge in different ways with varied results. But it’s clear, says Dr Tan, that the challenge cannot be adequately met by the public sector alone. Dr Tan says, “what emerges clearly from the study is the urgent need in these countries to recalibrate the role between the public and private sectors, to give the latter a bigger role in skills training.”

As ASEAN celebrates its 50th anniversary in 2017, the study concludes that ASEAN-5 are well placed to transform their economies and improve the standard of living of their citizens over the next decade – but they will only achieve their full potential if they rise up to their key skills challenges. 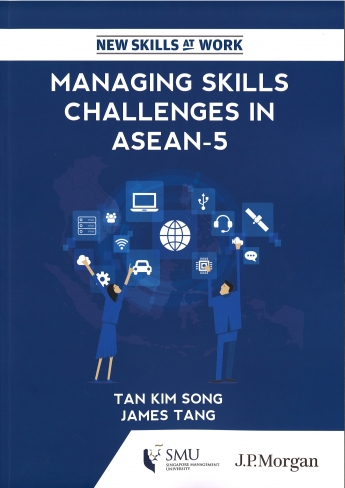 Making Policy in Uncertain Times: The Power of Unintended Consequences
How to Maximise Your University Experience: An Interview with Farah Natalya 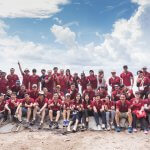 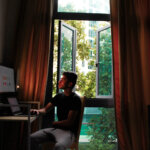 Living and Learning in a Lockdown: 5 Ways to Stay Productive and Entertained at Home 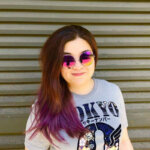