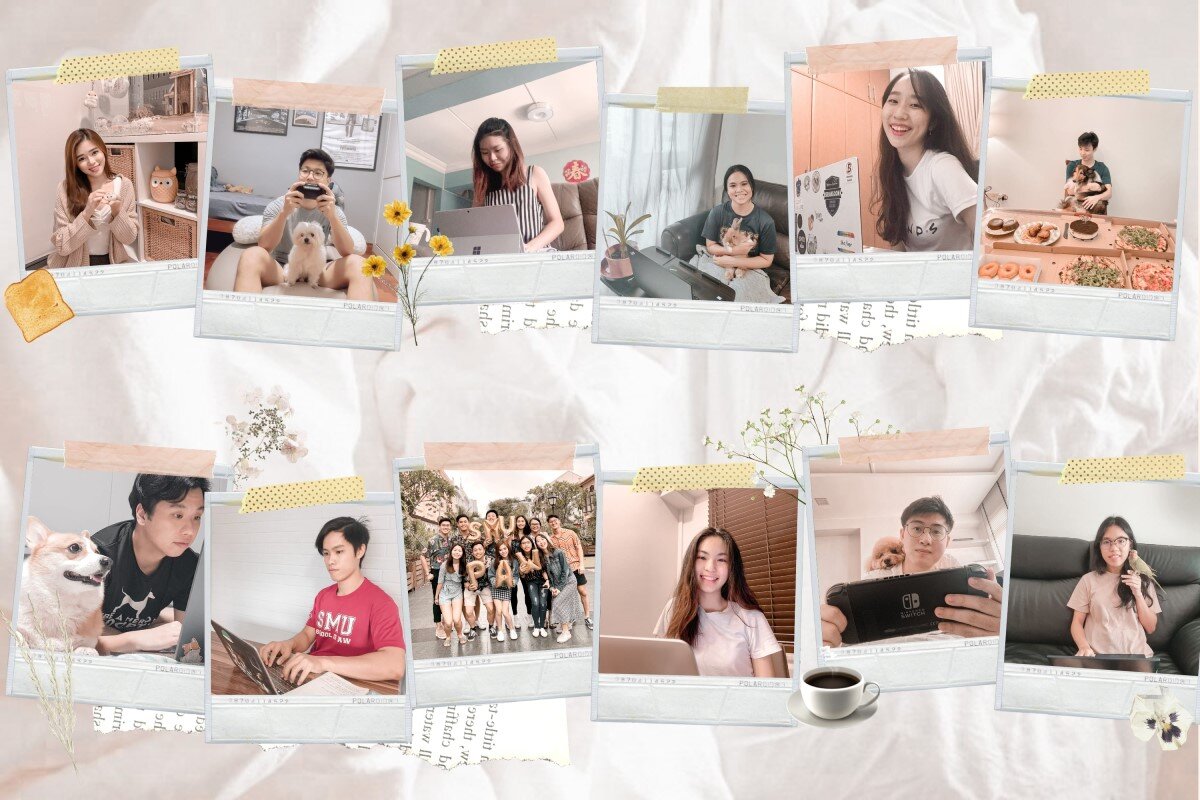 SMU PAW Animal Day (SPAD) is SMU People for Animal Welfare’s (PAW) signature event where we bring animal lovers from the SMU community and the public together to promote pet adoption and raise awareness on animal welfare. The annual family-oriented event is usually packed full with activities, workshops, exhibits and a pet pageant to showcase well-loved pets and their talents. Animal welfare groups and animal advocates are also invited to spread the word about their causes.

This year, however, due to Covid-19, we were unable to organise many physical events. The thought of holding the first-ever virtual SPAD was undoubtedly daunting, and as event co-chairs, we had initial jitters thinking about how to plan it, as well as lead and guide our organising committee team members.

Needless to say, the initial planning phase was somewhat of a roller-coaster ride for all of us. As the scale of a virtual event was potentially boundless, we came up with many exciting ideas, but did not have an accurate grasp on how feasible they were. We had to constantly check and remind ourselves of the constraints and limitations caused by the pandemic situation. One thing was for sure—being adaptable was an essential trait during this period of unpredictability.

Fortunately, having been in the committee that planned last year’s physical event, we had some experience to fall back on. We also had material passed down from previous committees for reference, and these provided us with much needed guidance. We also relied heavily on our complementary strengths—Benjamin has an eye for design and aesthetics, whereas I excel in proofreading. These skills came in handy when we worked closely with the Marketing Team to produce publicity materials for our event.

Eventually, our team decided to space SPAD2020 over multiple days instead of a single afternoon like past SPADs. Our Events Team faced one of our biggest challenges three weeks prior to the event day when we had to figure out how to livestream the event onto Facebook. It got very technical and we spent many late nights doing multiple test runs on the system. In short, we had to practically put together our own in-house Production Team!

After a lot of hard work and countless sleepless nights, SPAD2020 was finally opened by the Guest-of-Honour, Member of Parliament (MP) of Nee Soon GRC and Chief Executive of Animal Concerns Research & Education Society (ACRES), Mr Louis Ng. We were privileged to have Mr Ng share his experiences advocating animal welfare, and his aspirations for the subject in Singapore. 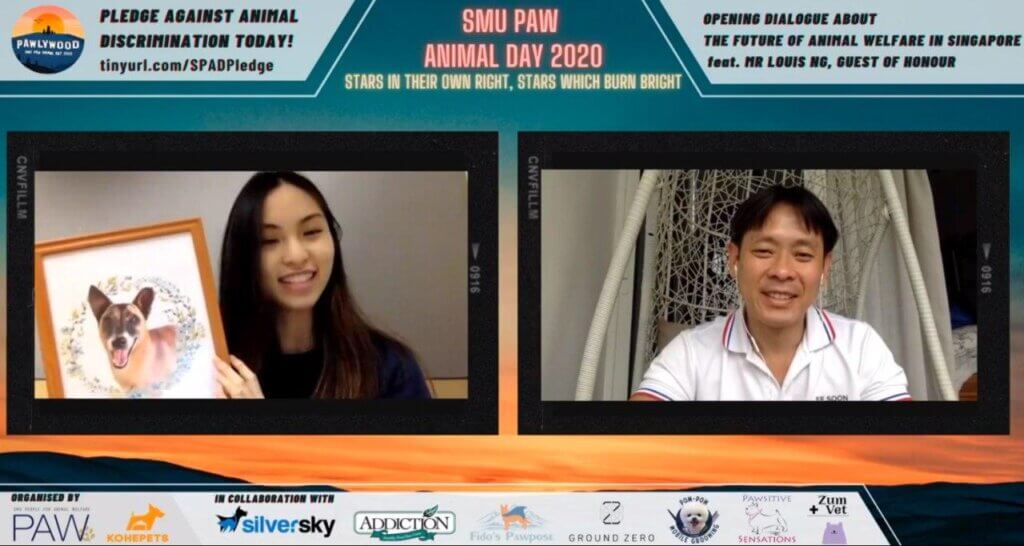 The nine-day event featured talks by animal welfare representatives on a range of topics such as animal breeding, strays, responsible pet ownership, and pet health and nutrition. There were also interesting workshops on pet grooming, first aid for dogs, pet massages and dog walking safety. As with previous instalments, we also organised a pet adoption drive, lucky draws for our online participants as well as the ever-popular PAWgeant for owners to show off their talented and beautiful pets.

In summary, more than 4,500 people attended the event and viewed our livestreams. This was a much bigger turnout as compared with previous years’, and we were all heartened by the results! 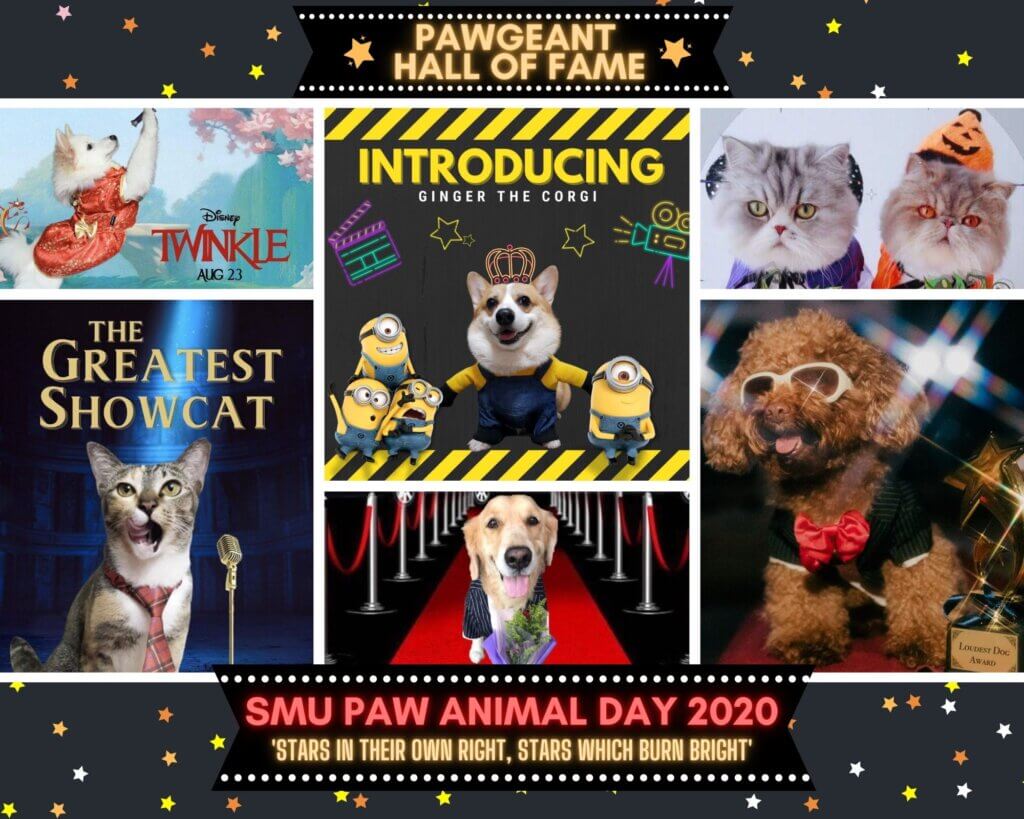 We learnt a lot from the invited speakers from the Society for the Prevention of Cruelty to Animals (SPCA), National Parks Board (NParks), and ACRES, among others, and we hope that this year’s SPAD offered greater insights into animal welfare in Singapore for our online audience.

Despite braving so many limitations, this year’s event broke several SPAD records: We achieved our goal to raise 500 kilograms of pet food from 654 Pledges against Animal Discrimination, as well as a total of S$1,395 for our beneficiaries from the workshops we organised. On top of these, we also received more interest on pet adoption as compared with previous years—probably because of more ‘personal’ adoption insights and online encounters with featured animals.

In a nutshell, SPAD2020 was filled with many ups and downs, but organising it proved to be an enriching experience. It gave us not only the opportunity to meet many passionate individuals in the animal welfare community, but also tested our resilience and strength as a team. This has definitely been one of our SMU highlights thus far! 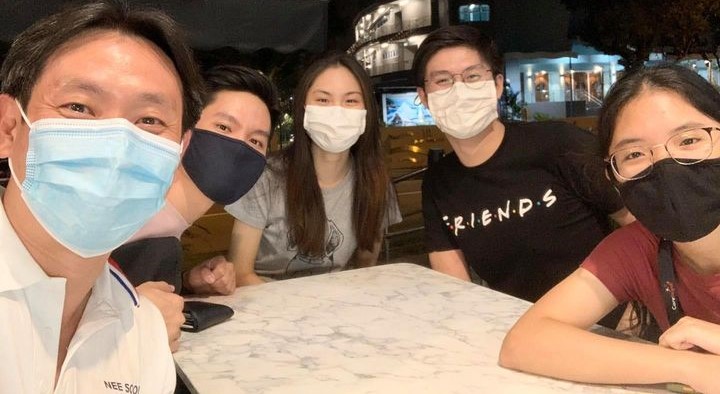